Fans and gamers alike are in for a treat as they'd get to hear more news and updates regarding the upcoming "Agents of Mayhem." The game's developers will be presenting at the Game Developers Conference 2017. Moreover, it seems that there would be more diversity in the game's characters, according to sources.

It was posted on the official website of the Game Developers Conference 2017 that Principal Artist for DS Volition, James Taylor, will be giving a lecture entitled, "'Agents of Mayhem': Physically-Based Materials in a Stylized Open-World."

The lecture will feature the new breed of graphically stylized game, "Agents of Mayhem," and how it incorporates the PBR technique. It will showcase the balance between a full physically-based pipeline with a unique illustrative artistic style.

It was stated therein that attendees of the lecture will be able to have a new appreciation of the possibilities of physically-based rendering for supporting a stylistic design. It aims to make use of the technique to be applied to more than just physically-based engines.

It was announced that the Game Developers Conference 2017 will be held on Feb. 27 to March 3, with the EXPO happening on the first until third of March. The venue will be at the Moscone Center, San Fransisco, CA.

In other news, it was reported that Volition, the developers of the game, will be adding more diversity in "Agents of Mayhem," Venturebeat learned. In an interview conducted by the source with project design director Anoop Shekar, it was pointed out that they'll be putting more diversity in the characters for the upcoming game.

Shekar stated that they intend to replicate the success they've had with "Saints Row: The Third" and "Saints Row 4," where both games featured intriguing characters. It was stated by the source that the developers are aiming to have people around the world identify themselves with all the characters of "Agents of Mayhem."

Fans can only expect great things from this game as "Agents of Mayhem" hits the market on 2017. 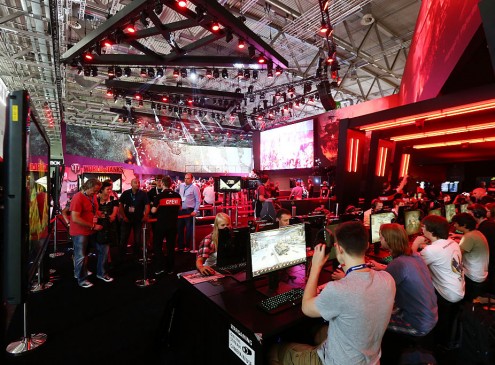