LG G5 was a great surprise with its extraordinary framework. Coming with a modular design with interchangeable modules, this smartphone brought the LG to the next level. Now a new flagship is coming up!

LG G6, the next smartphone flagship of the company is expected to arrive in April 2017. The device’s price might still sit on £500 mark or around $630 just like its predecessor.

The new device is rumored to feature an iris scanner and wireless charging system.

It would go with an aluminum body type of frame with a glossy touch of tempered glass rear as the company opt to make the device look more premium.

Although things are not yet clear, it is believed that an OLED panel could be built into the LG G6 as the South Korean tech company have been putting up TVs and smartwatches in OLED display.

If OLED would not be available, it is expected that the LG G6 should have the 5.3-inch Quad HD LCD display the same as G5.

The fantastic dual rear camera of the LG G5 is also expected to be crafted to the new LG G6. There is still no news about the G6’s camera’s resolution, however, it has been suggested that the front-facing camera would also be added with an iris scanner.

The iris scanner will be the newest feature of the LG G6 as to elevate the security options of the users. This would validate and authenticate users and unlock the device through the compact sensor.

Rumors indicate that the device will feature a new wireless charging system. However, people should take this with a grain of salt as LG has not confirm this yet.

The LG G6 more likely would have the Qualcomm's Snapdragon 830 chi with, at least 4GB of RAM and at least 32GB of internal memory. It might also have a 3000mAh battery capacity.

For the software, the smartphone is expected to have the Android Nougat just like in the LG V20.

It is highly likely that the LG G6 would be a hit if it comes with the rumored features, such as the iris scanner and wireless charging. 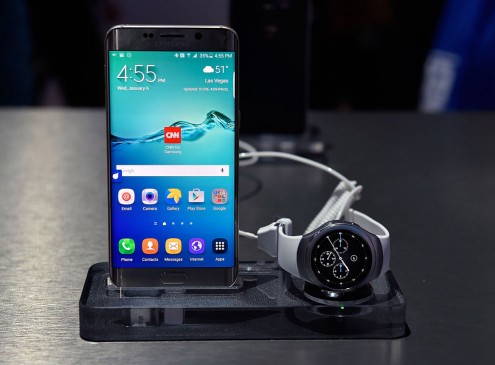