HTC Bolt, HTC 11: The One to be Specced Like Galaxy S8 and The One to Sport Super-Steady Camera [VIDEO]

Has Samsung Galaxy S series become the benchmark of upcoming smartphones like the leaked  HTC bolt and HTC 11?

Familiar source in China claims that HTC 11 will likely sport Snapdragon 830 - the chipset rumored to be put inside Samsung Galaxy S8. The 5.5-inch smartphone is said to have curved screen display like the one you see in Galaxy S7 Edge.

The phone may still use LCD display instead of AMOLED but it will be more efficient according to the source. Will the screen produces better display like the OLED panel? We'll just have to find out when it is released.

HTC 11 will likely sport the same camera pairing like HTC 10, 12 MP and 8 MP, without the possibility of having dual lens, Wccftech reported. It is expected to pack a bigger capacity than 3,000 mAh.

HTC 11 will be a premium handset with fast software updates

Google Pixel and Nexus phones have always been the first in line to get the latest Android OS update. HTC plans to do the same thing with their premium devices. It will only take a few weeks to download the latest OS update after it is being rolled out. Thus, we can expect the feature in HTC 11.

HTC 10 was introduced in May and if the company follows the pattern, it is just a few months left for HTC 11 to arrive.

Meanwhile, HTC is rumored to release an IP57-certified smartphone called HTC Bolt on Nov. 11. A report suggests 4K display on a 5.5-inch screen as part of the technical specifications. Including 16 MP rear camera with OIS. HTC Bolt runs Android 7.0 Nougat out of the box, GSM Arena reported.

The steady stream of leaks apparently does not come with any information about the price of these two HTC devices. 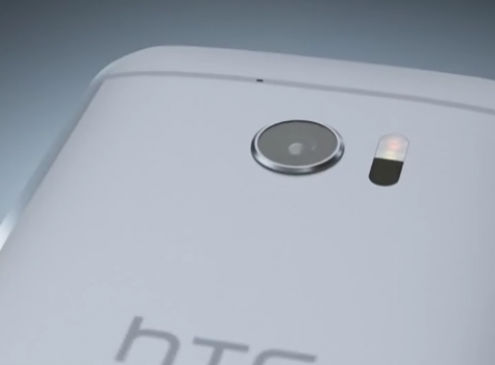