If laptops and smartphones are too expensive for Christmas gifts to loved ones, then smartwatch might be a good alternative. Apple Watch 2 and Samsung Gear S3 are the two top-rated smartwatches dominating the market today, but only one of them is an ideal gift for the holiday season.

The following head-to-head comparison will help in determining which smartwatch is the best buy:

A new dual-core S2 processor is implanted at the heart of Apple Watch 2, which is said to be 50 percent faster than its predecessor. On the other hand, Samsung Gear S3 runs a dual-core 1GHz processor alongside 768MB of RAM and 4GB internal storage, according to PC Mag.

Both Gear S3 and Watch 2 appeal good to athletes and runners since both watches have accelerometer, gyroscope and heart rate sensor. However, the only difference is Gear S3 has a barometer, altimeter, built-in microphone and speaker, whereas Watch 2 has the capacity to monitor indoor and outdoor swimming.

While an LTE-enabled Apple Watch is non-existent yet, Samsung Gear S3 has connectivity features such as synching a pair of Bluetooth headphones for music streaming or access Spotify by enabling mobile data or LTE. Samsung Gear S3 also comes with a Wi-Fi-enabled model.

Apple Watch 2 Nike version costs $369 which is higher than Samsung Gear S3 that costs $299. Whereas the older version, Apple Watch 1 with a processor upgrade will cost $269.

With Google holding back the Android Wear 2.0 and Samsung Gear S3 has yet to be released, Apple Watch 2 remains the top-contender for having high revenues of sales of smartwatch in the market today. According to Fortune, Apple has shipped 1.1 million smartwatches in the third quarter of 2016 that made them own 41.3 percent of the overall market share.

With Apple Watch 2, the tech giant is expecting a boost in sales before holiday season. Whereas, Samsung Gear S3 will remain on the second spot.

MacBook Pro 2016 Next Version is on the Works; Apple Will Not Use Kaby Lake but the ...

Android 7.1 Nougat Rolls Out to Android Devices in December? Check the List of Devices ... 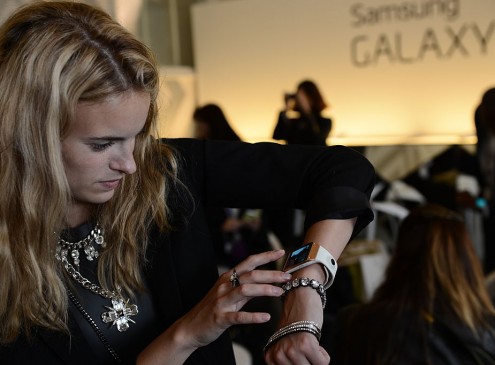