Sony's new movie based on the Chinese legend about a young female warrior draws criticism.

Sony, in a co-production with a Chinese partner, announced earlier that they are going to produce their own version of China's legendary heroine "Mulan." Despite announcing that the cast would be purely composed of Asians, the Sony/Chinese co-production seems to be in hot water for picking Alex Graves as the showrunner of the project.

In the past months, there has been widespread criticism of alleged 'whitewashing' of Asian roles in Hollywood. One such critic is Asian-American actor and writer Judy Lei, who serves as director of the Asian American International Film Festival (AAIFF).

According to Newsweek, Lei, in reaction to Grave's appointment, said that she knows a lot of talented and driven Asian-American film directors who hasn't been given a lot of opportunities. She adds that this film would have been perfect for someone who's been in the game for a long time.

However, Lei continued that the important thing about the film is not the director but the actor who is going to play the heroine "Mulan." She stressed that the writing and the actress are the most important aspects of the endeavor, adding it would be amazing to have an all-Asian team doing the film.

Disney initially approached director Ang Lee to helm their version, but the director reportedly rejected the offer. Cinemablend reported that Lee might have had a valid reason for not accepting the offer, as the director says that it sounded like a wonderful project but he has set his mind on something else. The same publication cited that Lee is focusing on another movie, validly reasoning that he doesn't want to hold anybody up.

Other films that were criticized for being 'whitewashed' includes "Ghost in a Shell," which has Scarlett Johansson in the lead playing Motoko Kusanagi, "Doctor Stange" which has Tilda Swinton playing The Ancient One (a mystical Tibetan man), "The Power Rangers" and "The Great Wall" with Matt Damon playing the lead. 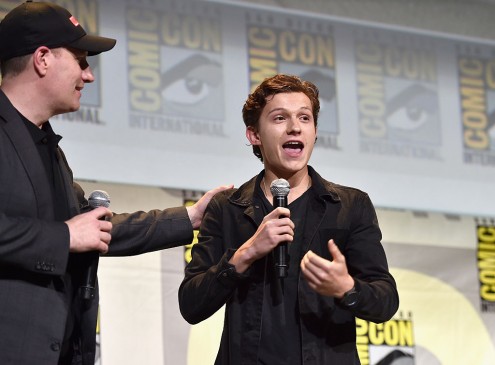 Meet 'The Magnificent Seven': Each Character Teased In Vignettes [VIDEOS]