Conor McGregor (20-3 MMA, 8-1 UFC) says that the punishment that was imposed on him by the Nevada State Athletic Commission was certainly way beyond appropriate. As much as possible, he bids to avoid flights in Nevada within the future.

McGregor was fined with a $150,000, and was meant to serve 50 hours of community service. This was all because of the incident, which he was a part of, in the UFC 202 pre-fight news conference with Nate Diaz.

Nate Diaz (19-11 MMA, 14-9 UFC), McGregor, and both of their fight teams have thrown objects at each other at the MGM Grand Las Vegas. "The Notorious" hurled numerous water bottles and cans of Monster Energy Drink cans in Diaz' camp.

NSAC aired out their great disappointment in McGregor. The original fine was supposed to be only $25,000, yet it went up to $150,000. It is equal to five percent from the $3 million fight purse from his victory over Diaz during the UFC 202, according to Bloody Elbow.

McGregor aired out his apologies to the commission. He expressed his disappointment about being given the harsh sanction, which according to him, prevented him from further competing in Nevada. McGregor is to compete for a lightweight title opposite champ Eddie Alvarez (28-4 MMA, 3-1 UFC) on Nov. 12 in New York City. This will serve as the main event for UFC 205 as reported by MMA Junkie.

In his interview with Rolling Stone, he said that he does not see Nevada in his future anymore. He went on to further say that he is free to do what he wants and for that, he is good. He did not mention about his plans on withdrawing the amount for the NSAC fines. He wants them to give him respect, but felt like he was disrespected. He just said good luck for them, with regards to getting the fines. 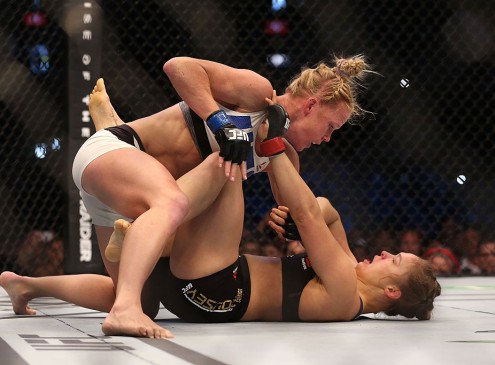