The preview video and leaked summary of "Dragon Ball Super" episode 62 spoilers hinted how Son Goku learns a new technique that will beat Black and Zamasu.

Son Goku transforms to Super Saiyan Blue and attacks the notorious team of Zamasu and Black Goku. Much to the dismay of avid "DBS" fans, the two villains beat Goku to a pulp during the showdown. Black Goku, who is actually Zamasu, tells Goku how he acquired his body.

Black tells the dragon Shenron to swap his body with Goku's. As soon as it has taken into effect, Zamasu earns the Super Saiyan's body while real Goku becomes Zamasu.

Black Goku then kills Son Goku in front of his family and then he kills Goku's wife and son. In far end, Goku takes out his anger on Black and Zamasu beating them up, but both manage to leave lethal damage on Son Goku, Hall Of Fame Magazine reported.

According to "Dragon Ball Super" episode 62 spoilers, Future Trunks will be facing a tough battle against Zamasu and Black Goku.

Meanwhile, Vegeta takes Goku back to the past, wherein the former admits that he and the other fighters cannot match the strength of Black and Zamasu, and would fail to defeat them. However, "Dragon Ball Super" episode 62 spoilers' preview on YouTube hints that the adept strategist Piccolo appears and reveals that he has another way to defeat Black and Zamasu, Saiyan Island reported. 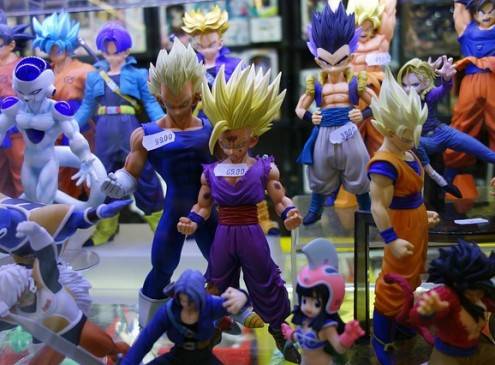