October is a big month for Apple, Microsoft and Tesla as the giants are expected to unveil their new stuff. From Surface device to solar roof, here are the high-tech products fans should expect in the upcoming week.

Tesla to unveil a solar roof and Autopilot 2.0

There will be two events held by the energy storage company, wherein Elon Musk took to Twitter to share the news. On Oct. 28, Tesla will launch a roof made of solar panel with Powerwall 2.0 battery.The innovation is part of achieving product strategy. Musk, who has long been known to enter roofing business, explained during SolarCity's second quarter earnings call how challenging it was to develop such high-tech roof that hasn't been available anywhere, Business Insider reported .

As for the Oct. 17 event, there has been no details about what 'unexpected' product could the automaker be unveiling, but it might be an update about Autopilot 2.0, which is a feature for auto-driving that Tesla has been making progress on, TechCrunch has learned.

Microsoft sent out invitations on Oct. 7 about an event that is slated to be held on Oct. 26. UniversityHerald has learned that Microsoft could reveal more about a device codenamed Cardinal.

It is expected to introduce the Surface AIO devices and Windows 10 Redstone 2 update.The Surface Pro or Surface Phone may not end up materializing in the event since the rumored hardware items are currently unavailable yet, The Verge reported.

Apple to reveal the major upgrades in Macbook Pro 2016

Last but not least, Apple is expected to upgrade its Macbook Pro this year, and rumors have pointed at Oct. 25 release date as Apple's Q4 result is rescheduled. Bloomberg's post on August also corroborates the rumor of an October release, stating that Apple will refresh the Mac lineups including Macbook Pro and Macbook Air.

The Word 'Driver' may Soon Fade from Your Dictionary Starting 2021; At Least That's What ... 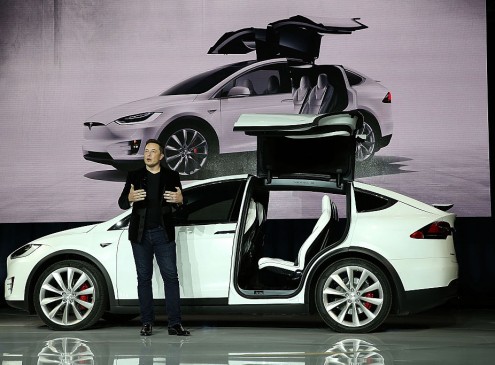 Tesla Started To Roll Out Autopilot Update: Here’s How To Apply The Update On Your Cars