‘Pokemon Go’ Update: New Pokemons Will Be Released After The Global Launch Ends

While many "Pokemon Go" players have been waiting to see new creatures in the field, they would have to wait since Niantic wopuld prioritize the global release of the game. The CEO of Niantic Labs announced that the new Pokemons would be released through events that would really get the players together.

Niantics Labs CEO, John Hanke, said in an intervies that the arrival of the new Pokemons would get the players to come together through events. The said events will be an official "Pokemon Go get together".  The events would be like those which are set for Ingress players which accomodates thousands of players. The "Ingress" events continue until now while the "Pokemon Go" events might still be away, according to PC World.

The events would take a lot of planning since catering 10,000 people at a single event is a very hard work. According to Hanke, the introdutcion of new Pokemons was delayed because they do not want the event on the official launch to happen again. During the first launch, The United States alon covered all the allocated Cloud Platform capacity intended for global launch, Yibada reported.

During the launch, Hanke had to contact an old colleague who is now CEO at Google. He sent an emergency email to Sundar Pichai asking for "reinforcements".  The Google Cloud gave Pokemon Go additional server capacity to help it support the huge number of users. The storm calmed down eventually and Niantic resumed the launch slowly around the globe.

Currently, Niantic is still working on releasing the game, "Pokemon Go", to more countries around the world. Since the release, the number of users have been goind down but the augmented reality mobile app is still on the top among other mobile apps. Next to "Pokemon Go" is "Candy Crush Saga" which is only about one-sixth of the total earnings made by the AR game. 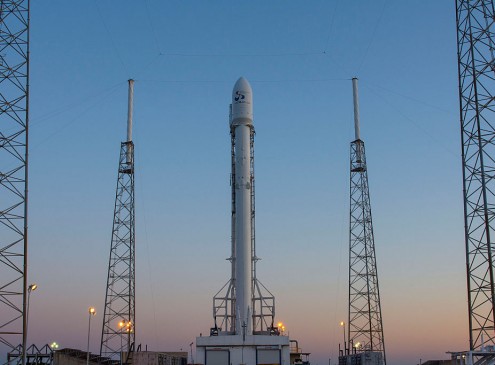