Lenovo has unveiled another Moto Z device dubbed as Moto Z Play at the IFA 2016 event. The midrange phone comes with an array of high-end specifications.

Moto Z Play will be up for grabs in two variants i.e. the unlocked Moto Z Play, and Verizon powered Moto Z Play Droid, Motorola confirmed in a post published on the Official Motorola Blog.

The unlocked Moto Z Play is slated to hit the store shelves in the U.S. in October carrying a price tag of $499. It will support all major networks - such as At&T and T-Mobile - except Sprint.

The Moto Z Play Droid, on the other hand, will be up for grabs in the U.S. from September 8. Consumers can either buy it for $408 or go for monthly installments of $17 for 24 months.

The Moto Z Play features a mammoth 5.5-inch Super AMOLED display with a resolution of 1080 pixels. Plus, the device offers water protection thanks to its water repellent nano coating. Moto Z Play's chassis is housed in a metal frame with glass back. A fingerprint sensor is located at the front side just below the display nested under the Home button.

The Moto Z Play packs a Qualcomm Snapdragon 625 chipset that features an octa-core 2 GHz Cortex-A53 CPU. It comes with 3GB of RAM and 32GB of native memory that is further expandable up to 2 TB via microSD card support as the phone comes with a SIM+ microSD combo tray, according to the device's specs detailed by GSM Arena.

Those hoping that the Moto Z Play will come with the latest Android 7.0 Nougat, brace yourselves! The smartphone will come preinstalled with Android 6.0.1 Marshmallow OS and just like any other phone in the Moto series; the Moto Z Play is likely to deliver stock Android experience. The device sports a 16MP rear camera equipped with a slew of features including dual color LED flash, laser auto focus and a 5MP front shooter with front facing LED flash to help in snapping excellent selfies even in dim lighting conditions.

The device packs a robust 3150 mAH battery that provides 50 hours of power to the handset for varied usage. But that's not all; it comes with a Turbo Power feature that enables the battery to get 9 hours of power in just 15 minutes of charging.

The Moto Z Play is rigged with 3.5 mm audio jack; a feature that is missing in both Moto Z and Moto Z Force smartphones that debuted earlier this year. In addition, it boasts magnetic connectors located at its back that enables users to connect MotoMod accessories.

The smartphone is powered by a Qualcomm Snapdragon 625 Processor clocked at 2GHz. It comes with 3GB of RAM.

A slew of recently surfaced reports claim that the Moto Z Play Droid performed smooth and fast when the aforementioned games were tested. The video games did not show any signs of slowdown when they were tested.

The newest member of Moto Z series, the Moto Z Play is slated to hit the store shelves later this month.

Watch the "Asphalt 8: Airborne" gameplay video and share your thoughts about the Moto Z Play in the comments section below! 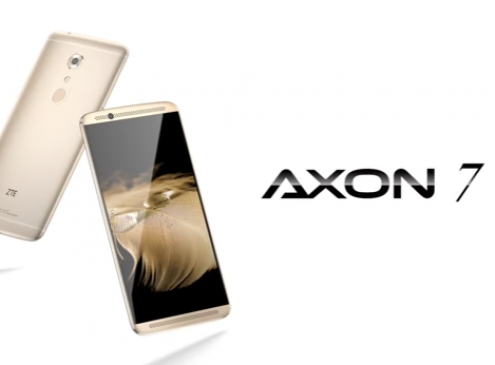