Following Motorola's announcement of the Moto X and Moto G last year at an event in July, it looks like the popular smartphone maker is all set to announce the fourth gen Moto X, but it is not flawless.

Lenovo-owned mobile devices maker, Motorola has recently grabbed a lot of attention in the wake of leaks and rumors about the upcoming Moto X4. New renders of the purported phone showing awful camera bumps have surfaced online.

Although Motorola has not made an official announcement regarding its new smartphone lines, leaks for the Moto G4 as well as the Moto X4 have been continuously doing rounds on the internet.

The Moto X4's newest design sports protruding camera bumps as seen in a picture from HelloMotoHK that appear to be a render of the upcoming smartphone. The large, bulky camera sensor bang in the middle of the Moto X4 does not look impressive.

That said, Motorola will attempt to compensate for the not-so-good design by gearing the new bulky camera sensors with new tech, probably a dual LED flash, according to reports on SlashGear. This move comes on the heels of people complaining about the camera bumps.

Clearly, this is a very good reason why Motorola would opt for this unpleasant design that bear resemblance to the face of a Moto 360 smart watch. The new Moto X4 leaked photos also reminds of Apple's iPhone. In addition, Motorola has adorned its new phone with two separate buttons, replacing the volume rocker setup. The buttons, however are too far apart for comfort.

The new phone will reportedly boast an aluminium build for the rear and a glass front. There's also a possibility that Motorola's new phone could be geared with IR blasters that can be used with the Moto Display, according to reports on Android Headlines.

The leaked images also hint a USB Type-C port as a possibility. But that's not all. The home button on Motorola's alleged new phone could also have sensors. Other renders of the new Moto X4 show colorful rear cases.

If rumors doing rounds are anything to go by, the Moto X4 may be announced on August 24. However, until the company confirms the rumors, it seems sensible to take this with a grain of salt. 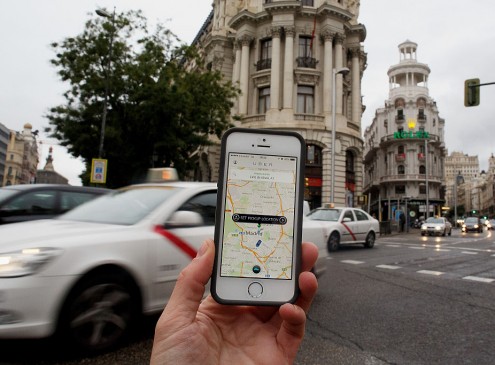