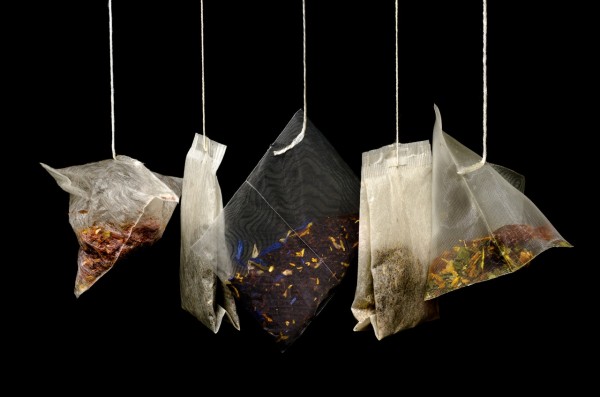 Researchers in Canada found that high levels of microplastics were shed into bodies of water by some plastic tea bags. Microplastics are small pieces of any kind of plastic debris that have been widely found in bottled water, soap, detergents, and in some processed foods. These researchers from McGill University in Montreal also called for more research into the health effects of microplastics.

They also bought four different commercial teas packaged in plastic teabags for the study. Many tea bags are made of paper, shutting down a small amount of plastic used to seal them. But some premium brands started to use more plastic mesh for their material. Typically this is to keep the tea bag in a pyramid shape which manufacturers say makes the tea leaves infuse better.

The World Health Organization (WHO) also states that such contaminants do not tend to pose a risk. Nevertheless, the WHO said the results were based on "limited information" and called for more research on the issue.

An estimated 165 million tea bags are used each day in the UK alone. Clipper, Britain's sixth-largest tea brand, declares its bags to be "plastic-free." But when you look at the small print, it says the company is using a bio-plastic to cover the bags.

The BBC then pointed out that some experts still consider bio-plastic as a form of plastic. Clipper then replied that to clarify the details, it would update its website.

Now it says that the material they use is known as Polylactic Acid (PLA), and says it is "not a plastic that people most commonly think of". Clipper claims that the material is still entirely natural, biodegradable and environment-friendly. Clipper still labels their boxes "plastic-free".

Professor Mark Miodownik, a materials expert at University College London, says most plastics are made from petrochemicals, but some known bio-plastics are produced using plant-based materials such as corn or potato. However, according to him the PLA sealant used by Clipper is plastic and is still a 'single-use' type of plastic.

The only other company, out of the 6 biggest UK tea brands, that says its regular teabag is plastic-free is Pukka. The company claims it uses a cotton stitch instead of heat-sealing its filters.

Yorkshire Tea announced last month that by the end of November it hoped to release new renewable and biodegradable teabags. Last year's first attempt was "a bit of a disaster," showing tea bags falling apart inside cups. They were emphasizing that the new bags, designed in collaboration with Sheffield University, would be "industrially compostable," but not plastic-free.

Like Clipper, Yorkshire Tea is also going to use PLA. They are switching from its existing oil-based sealant to a recyclable cornstarch-based PLA.

A Twinings' spokesman confirmed that there was "some discussion" within the industry as to how to best describe the PLA from plant fiber. The brand Teapigs also confirmed to the BBC that their teabags contain PLA from cornstarch.

New separate research also suggests that some premium tea bags might be leaving billions of microscopic plastic particles in your cup. This poses a serious threat to human health.

After finding "white" residue from teabags in his garden compost, Mike Armitage from Wrexham began a petition. Armitage wants manufacturers to stop coating the bags with polypropylene, which they say will reinforce teabags and prevent them from disintegrating into a cup. The petition, calling on manufacturers to stop the production of polypropylene teabags, has already received 3,000 signatures.