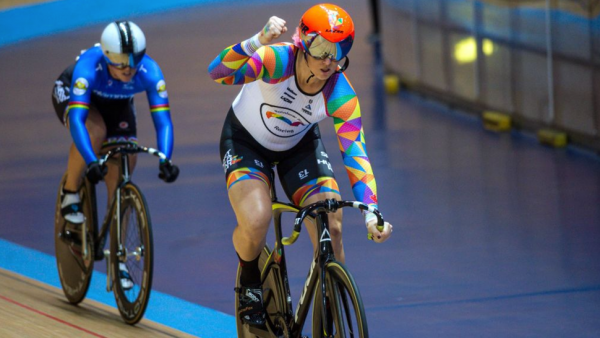 We are currently dealing with a lot of noise about gender equality and many are coming from both ends of the pole when it comes to the issue. The Miss Universe pageant last year had its first trans woman contestant, among many other competitions where some members of the LGBTQ+ community have joined and "crossed borders" according to some. 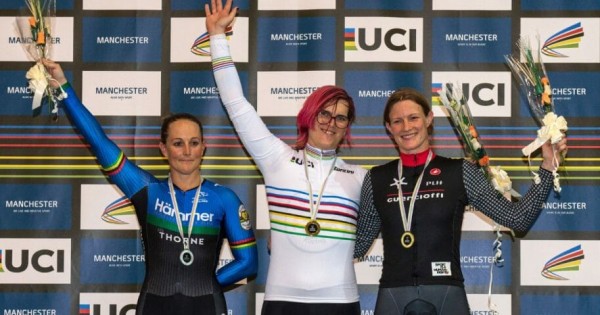 Although the cyclist is happy about her 2 consecutive wins (she also won the same category in 2018), she is bombarded with a lot of social media bashers who are unhappy about her victory. Many are taking their rant to social media about the competition being "unfair" and the fact that McKinnon is still biologically male who has the physical advantage.

Proud about who she is and the fruits of her labor, she wrote on Instagram: "This jersey, these medals, and this world record mean a whole lot more to me than my first." She also shared that she has had to counter "more barriers this year" in light of the bigger spotlight which drove home more hate and petition for her to quit or to be banned from joining.

Martha Kelner of the BBC interviewed McKinnon and asked her about her detractors' comments. She asked, "Do you think you'd have been a world champion cyclist if you hadn't transitioned?"

McKinnon said that her winning has nothing to do with being a transwoman but with the work she put in. To the question, she replied, "I don't think I am a world champion because I am a trans woman. I put in the work."

In the interview, Kelner cited a study by the Swedish Karolinska Institute that says despite transitioning and undergoing hormone treatment, biological male athletes retain their superior thigh strength. McKinnon disagreed saying that the natural advantage of being a biological male is only "possible." She also added that she has transitioned a long time ago and her body no longer produces the male hormone testosterone.

Other known athletes are also expressing their disappointment with transgender athlete participation in the female category of different sporting events. McKinnon's recent win is not even spared.

"The decision to let McKinnon race alongside biological female competitors has been criticized by some track rivals, including Victoria Hood," reported The Independent.

"The science is there and it says that it is unfair," Hood told The Independent reporters.

In response to Victoria Hood's interview, McKinnon posted a lengthy statement emphasizing those transphobic athletes and bigots have no place in sports. She then followed her social media posts with a hashtag, #sportisahumanright.

"There's this stereotype that men are always stronger than women, and so if you think of trans women as men, then you think there's an unfair advantage. Fairness is the inclusion of trans women," McKinnon exclaimed trying to voice her advocacy.

She then warned detractors that despite the backlash and the hate "I will be back next year. I will be stronger and faster than ever. You can count on it."