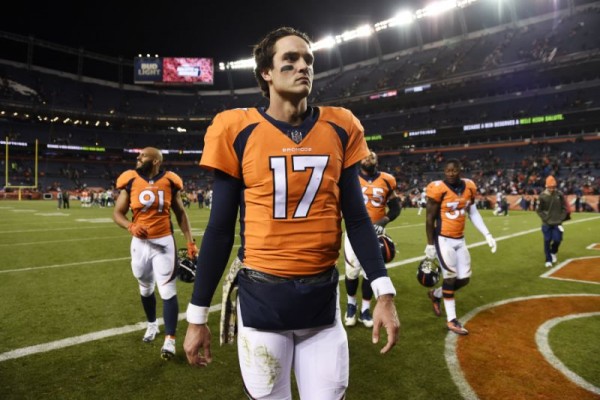 Osweiler started out with the Broncos in 2012 up until 2015. He later signed with the Houston Texans in 2016, played Offseason for the Cleveland Browns in 2017, and joined the Miami Dolphins in 2018.

As a free-agent, Osweiler surprised many with his retirement. He largely contributed to the Super Bowl victory of the Broncos back in 2015. "There is no way we get to that Super Bowl without Brock," former Broncos teammate Chris Harris said in a recent interview.

Osweiler was unsigned for the first couple of months of 2019. He was reportedly working out a deal with the Indianapolis Colts, but opted to end his career this week. The quarterback played 49 games for seven seasons with the NFL. 30 of those games were spent with the Denver Broncos. In a phone interview, Brock Osweiler expressed his gratitude: "I'm extremely grateful for the time I did receive playing in the National Football League." He also expressed contentment for the things he had and shared that he won't be dwelling on the "things that didn't happen" during his time as an athlete.

Osweiler was born and raised in Idaho, but he spent most of his younger years in Montana. He went to Arizona State for his college  education and consequently got drafted at the 2012 second-round pick of the NFL. He added that he appreciated his time and everything in it — from growing up in Montana to playing with the Broncos to having a Super Bowl win under his belt and signing a second contract and called it all "great."

Looking back, "Brocktober" Osweiler could only be considered as one of those football players who had a great career. He was not a terrible quarterback and he has earned real good cash during his stay with the Texans and the Browns. Aside from winning the Super Bowl and retiring before the age of 30, he had a 15-15 career record, 37 touchdowns and 31 interceptions.

Osweiler is still optimistic about life after NFL and he is really contented for now, "I have my health. I have the ring." He also hinted at future plans of accomplishing more in life with whatever he has earned from his time. Osweiler also shared that he is leaving the games with more than when he started and called it a "good opportunity" that many don't even get in their lifetime.

Osweiler also stressed that the 2015 Super Bowl win with the Broncos opened a lot of big doors for him financially and career-wise. He said, "That 2015 season is something that is very special. The coaches, the players, they mean the world to me. I was thankful to have had the opportunity to play the role I did, but that was the ultimate team deal."

He was still hopeful to get more deals as a few teams showed their interests before his big retirement announcement. But for now, he has decided to close the curtain on his football career and enjoy being happily married to wife, Erin Costales, and playing father wto their only daughter to date, Blake Everly. They are currently living in Arizona and are expecting their second baby this year.