Apple recently unleashed the iOS 10.3.2 with some security improvements as well as bug fixes. The tech giant made several kernel-level exploits on security for the iOS 10.3.2, which would make it difficult to breach. But, installing the new iOS update would be Apple device user's discretion.

If a person already has jailbroken their iPhone, iPod touch and iPad, it is recommended that the user should refrain from upgrading to iOS 10.3.2. This is for the reason that the Cupertino based tech titan made several kernel-level exploits on security for the iOS 10.3.2 version. The move of the tech company makes it harder for jailbreak makers to exploit the mobile operating system, Siusto reported.

The tech giant has stopped signing code for the iOS 10.3.1, which means Apple device users are prevented from installing old iOS versions. It is the tech company's strategy to ensure users will have the most up-to-date iOS operating system running on their devices.

The strategy also helps ease potential compatibility problems with new software and features. However, the iOS 10.3.2 can be acquired from Apple's servers, Apple Insider reported.

That being the case, the latest iOS jailbreak tool is yet to see the light of day. Although the iOS 10.3.2 jailbreak tool was demoed at MOSEC 2017 event, it doesn't mean that Apple device users should move to iOS version 10.3.2.

The tech giant has just upped the stakes, which means people who dare cracking the new operating system may have a tough time going back to the default version and could end up with a bricked device. Nevertheless, Luca Todesco's half-baked crack almost exploited the new iOS version.

Google Pixel 2 News: Pixel 2's Android 8.0 Will Get Updates Ahead Of Everyone Else [VIDEO] 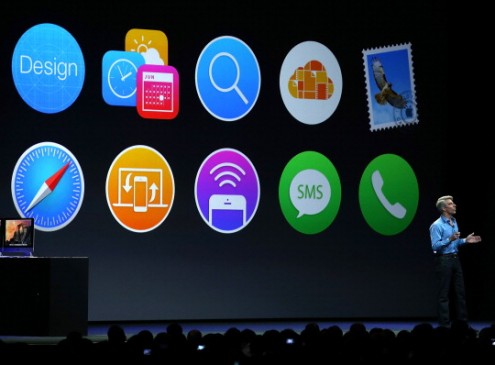