A new study suggests that universities can encourage better learning by restructuring their classroom timetables. Starting university classes at 11 a.m. or later would greatly improve learning.

The researchers used a sample of first and second-year college students from the University of Nevada, Reno in the US and Open University in Britain. The team analyzed the students' cognitive performance throughout the day and was able to find that the best learning classes began later in the morning.

Every person's sleep pattern is slightly different from another and there is no one universal start time to benefit everyone. Based on student survey responses and theoretical data on circadian rhythms parsed by the researchers, they found that starting classes at 11 a.m. or later benefits the greatest number of students.

The study was published in the journal Frontiers in Human Neuroscience. It bolsters the previous research that indicated teens learn better with late starts. The new study extends the studied age group from high school students to college sophomores and freshmen.

High school classes in the US can start as early as 7 a.m. University of Nevada-Reno sociology professor and study co-author Mariah Evans said the basic thrust is that the best times of the day for learning according to college-age students are later than standard class hours begin. Evans said that neuroscientists have documented the time shift by using biological data. On average, a teenager's biologically natural day begins about two hours later than is optimal for prime-age adults, Quartz reported.

Some schools have begun to apply the research's findings by promoting later start times. The UCL Academy in London became Britain's first school to push back its day in 2013. They let students arrive at 10 a.m. so that they can fully wake up beforehand.

Evan's study also showed that preferring late start times does not necessarily mean students are lazy. It showed that twice as many students consider themselves "evening people" not "morning people." This indicates that they are often studying well into the night. 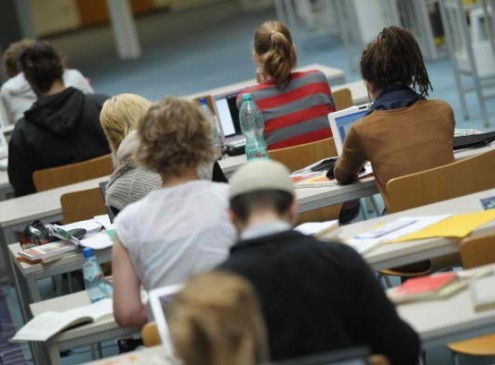