While thousands of college students panic with the constant increase of tuition and fees, and Trump administration's budget cuts for education, Bernie Sanders is back in his mission on making public college education free for students. Sanders just introduced a new bill that will help make it possible to aspiring college students to be able to afford post-secondary and earn a degree.

Sanders has a proposed a legislation called "College for All" which aims to eliminate college tuition in public four-year colleges and universities for all low-income students, Good reported. Low-income students are those who come from families who are earning not more than $125,000 per year. The act will also make community colleges free for all students.

The introduction of the bill was done with five co-sponsors including Sen. Elizabeth Warren, D-Mass., and Rep. Keith Ellison, D-Mich. Sanders said that higher education in America is a right for all, and not a privilege for only a few people, according to Student Loan Hero. He also added that if the goal of the nation is to succeed in a highly competitive global economy and have the best-educated workforce, United States should make public colleges and universities free for working families, and efforts should be exerted in order to reduce student debt.

This bill is quite similar to what Sanders has discussed during the 2016 election on his campaign trail. The only difference is that the College for All act now includes an income cap. When this bill gets approved, the government will also not be allowed to profit off of student loans. The interest rates for undergraduate students will also be reduced to 1.88 percent.

As to how college costs will be covered, the government will be paying the 67 percent will the rest will be shouldered by the state government.

Millennials Saving More For College Than Their Own Retirement 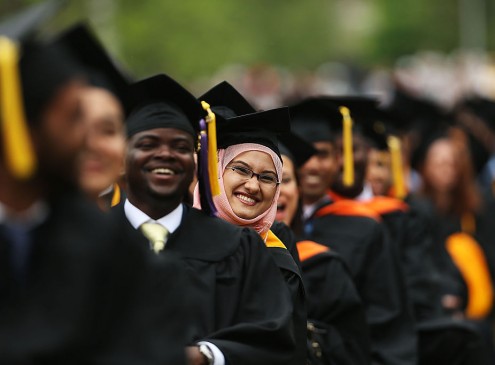