Extensive study and confusion have been elicited by the discovery of dark energy since 1998. It is theorized that 68 to 69 percent of the known universe is composed of it, and this mysterious form of energy is said to be accelerating the expansion of the known universe. However, a new theory and a new simulation suggest that dark energy might just be an illusion.

If this is so, then Albert Einstein's general theory of relativity could explain one of the biggest mysteries in physics. It is but natural that other researchers remain skeptical, for if found correct, some Nobel prizes might have to be returned, says cosmologist at the University of Hawaii in Honolulu, Nick Kaiser.

Physicists from the Loránd University in Hungary and the Institute for Astronomy at the University of Hawaii, using millions of particles to represent dark matter, mathematically modeled the effect of gravity on it. The model showed how matter would have congregated and become like large galaxy structures in the early universe. Consequently, the model expanded much like the actual universe.

However, the researchers found an overall acceleration when they averaged out how these "bubbles" or structures expanded, according to Futurism.

The finding might not seem to be a huge deal; however, equating the study in terms of dark energy, what the researchers found was a plausible explanation for how the formation of complex and large structures of the universe is affected by its expansion. Additionally, László Dobos from Eötvös Loránd University said that issues such as these were just swept under the rug, considering them now could explain the universe's acceleration sans dark energy.

This would account that dark energy could have really just been used as a tool to explain the expansion of the universe. If dark energy were just an illusion, this would mean there is both more and less mystery in the universe. This new model, however, opens up many new doors alongside new questions that need to be explored. 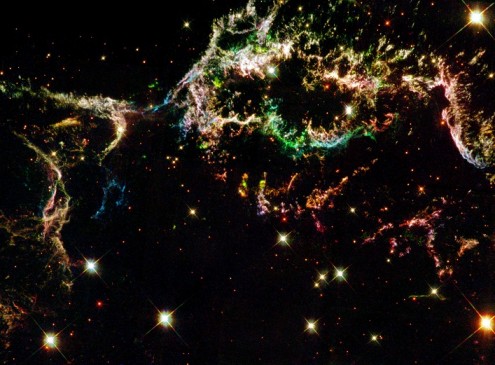