Fake tattoos have been around embellishing people who would want to sport a tattoo without having to risk being pricked by needles or even contemplate on having it permanently etched on skin. What if you were presented with having fake tattoos that can do much more than just be an adornment?

Electronic tattoos or E-tattoos have been around for as early as four years ago; however, though the aim is to control devices using imprinted temporary e-tattoos on skin, the technology has not really caught on yet. With advancement in technology, it might make a splash soon.

The technology involves printing wires and electrodes on temporary transparent tattoo paper employing conductive ink, thinner than the width of human hair. The tattoo is transferred to the skin using water, much like ordinary temporary tattoos, and like it, it can last a couple of days before completely rubbing off.

The e-tattoos are sensitive to touch and are ideal for use in conjunction with a smartphone such as adjusting the volume. An added feature the researchers did with SkinMarks e-tattoos that separate it from other e-tattoos is its electroluminescent abilities. The tattoos glow when a current passes through it.

The group tested the device by connecting them to a computer; future iterations will link the e-tattoos to Android smartphones. Weigel said that they have tested the SkinMarks e-tattoos' feasibility and is now looking forward to practical applications, according to New Scientist.

It might not be too long a wait though since the technology seems to work well based on video trials the Weigel's group released on YouTube and various online publications. Further, the group will introduce their work in Denver, Colorado this coming May 2017 at the Computer-Human Interaction Conference (CHI 2017).

However, Chris Harrison from Carnegie Mellon thinks the technology will be ready in about 10 years. Admittedly, he finds Weigel and his group's research amazing. He adds that by basing the device on cheap temporary tattoos, it made the technology available to artists, programmers, and hobbyist.

Furthermore, Harrison said, once current limitations are overcome, on-skin devices are the next logical step in wearable technology. He predicts skin-based controls will soon become the new normal. 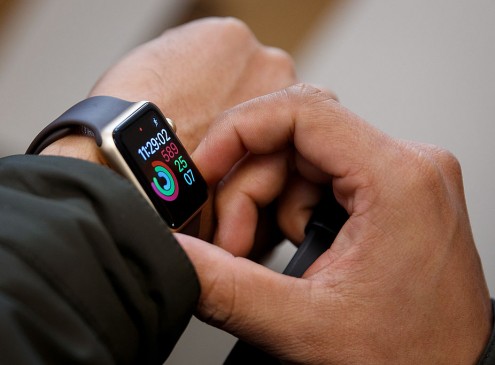