A filming date has been set for James Cameron's "Avatar 2." The highly anticipated sequel will still take place in Pandora, but the world will be explored even further and will reach the oceans of Pandora and the surrounding planets.

Casting site My Entertainment World (via Comicbook.com) claimed that the follow-up will start filming on August 15 in Manhattan Beach, California. That location is starkly different from the original movie's New Zealand location.

When 2009's "Avatar" ended, Jake Sully's (Sam Worthington) consciousness has been transferred into his Na'vi avatar and the humans were expelled from Pandora. Eight years have passed since the events of the original film, and Jake and Neytiri (Zoe Saldana) are now raising a child of their own.

Worthington praised the script for "Avatar 2," assuring fans that the sequel is "going to be like nothing you've ever seen," We've Got This Covered reported. He confirmed that the movie will showcase a bigger world but its essence is family and "a kid seeing the world for the first time."

Four "Avatar" movies are coming to the big screen. The second movie's Dec. 21, 2018 release date will be followed by the three remaining films in Dec. 2020, Dec. 2022 and Dec. 2023, respectively. The films were written as "separate stories that have an overall arc inclusive of the first film," according to SlashFilm.

There are expectations that the films will still tackle Pandora's conflict with humanity. That assumption was only made stronger by Stephen Lang's return as the antagonist Colonel Quaritch.

Cameron teased that Quaritch will "evolve into really unexpected places across the arc" of the remaining "Avatar" movies. Lang seconded the director's statement, saying that his character will be an important fixture in the sequels.

Another seemingly deceased character from the original movie will return to the second installment - Sigourney Weaver's Dr. Grace Augustine. Cameron said that the actress' comeback is different, and fans are assuming that the two returning characters could have artificial intelligence memories. Others think that Grace and Quaritch would be clones or spirits absorbed by the flora in Pandora, Screen Rant wrote.

Cameron is planning to release the "Avatar" sequels in glasses-free 3D and higher frame rates. All of the installments' scripts are now finished, with the director saying earlier this month that he will start working with the actors in "the capture volume" in August. 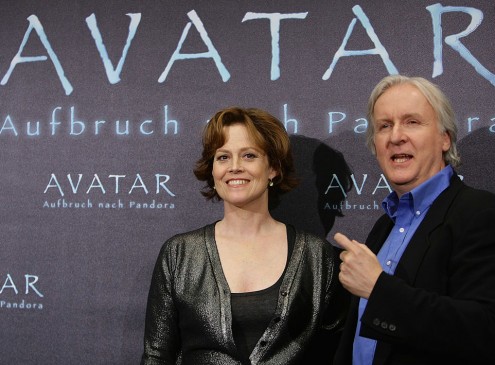