Midwestern University Researchers Discover What the Appendix Is For

While the appendix is widely thought to be a useless organ that only brings appendicitis, pain when we do strenuous activity after eating, new research sheds some light as to why it stays inside our bodies.

Researchers from Midwestern University Arizona College of Osteopathic Medicine have found that the appendix serves as a secondary immune function, immunizing cell responses and releasing stored gut bacteria inside the body when it is depleted, reports Quartz. The study has been published recently.

The researchers, led by associate professor of anatomy Heather Smith, looked into the function that an appendix has on 533 different mammals, including beavers, rabbits, dogs, wombat, possums, and pikas.

The team searched for similarities in the appendices between these animals in the hopes of explaining its function in human bodies. They didn't discover anything about that, though. What they found out is that the presence or sizes of appendices aren't different in each animal based on their diet, habitat, or social character.

However, they did discover something important. Animals with appendices had a higher concentration of lymphoid tissue in the cecum, located at the crossroads between the large and small intestines. Smith thinks this lymphoid tissue contains cells that trigger an immune reaction when the body faces stress.

This current study supports earlier evidence that the appendix contains reserves of gut bacteria for when the body's existing bacteria are eliminated. Our bodies contain trillions of microbes, including bacteria, living in our guts. These bacteria produce extra nutrients and crowd out bad bacteria, in exchange for feeding through our food.

When we take antibiotics, or get sick with anything that might cause our intestines to expel its contents, the bacteria inside our guts are completely flushed away. The appendix, Smith says, can repopulate the intestines with gut bacteria with those it has reserved.

Smith adds that although this might be the case, our bodies are still able to function normally without an appendix. However, it does add some degree of immunity and provides some beneficial bacteria when our bodies need it.

How To Seal Diet Deals In Your New Year's Resolutions? You Need To Reset By 2017 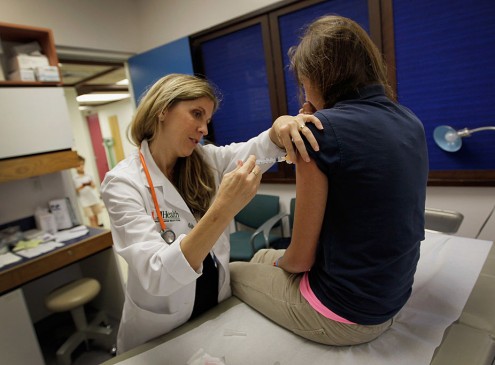 Midwestern University Researchers: The Appendix Is More Important Than We Think