LeEco is introducing its brand to US market with its first action camera called Liveman C1. Touted as the next best which nest to Xiaomi, this emerging Chinese tech company has been producing smartphones. This time, as part of its expansion, it is now tapping the camera territory to take over GoPro.

Liveman C1 is claimed to be capable of recording 4K videos which rival the action cameras produced by GoPro, Garmin, Sony and other big names in the action camera market. More specifically, LeEco's action camera can match up the 4K recording capacities of GoPro's Hero 5 and the Xiaomi backed Yi Camera, UberGizmo wrote.

Aside from the 4K shooting at 30fps, the Liveman C1 camera can go beyond the basic frame rate. The camera is coupled with a 16MP sensor with a 140-degree wide-angle lens. This camera will be the best companion in capturing sports action with its G-Sensor. LeEco said that the G-Sensor is an automatic feature that authorizes and start the recording when it detects a movement. A wise feature to less toggling in between while enjoying the action while filming.

In addition to these specs, Liveman C1's recording time can last up to an hour and a half at 1080P, IndianExpress added. The live function resolution offered by the Liveman C1 camera is 720p at 30 frames per second. There is also a mobile that can connect with camera and act as a Wi-Fi remote to provide support from a distance of up to 20 meters. 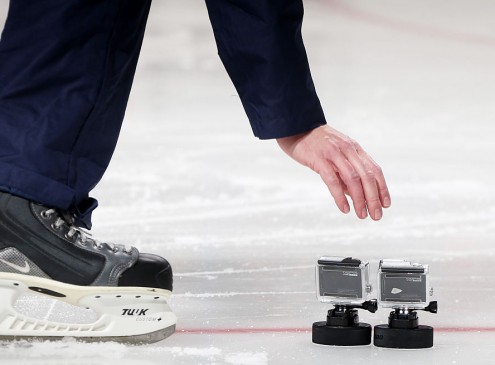 Go Pro Hero5 Black vs. Go Pro Hero5 Session: Is the Upgrade Worth The Cost; Which One Has ...