Fans and avid gamers alike were surprised to know back then when Bethesda all of a sudded announced that "Doom 4" was canceled. However, recent reports gives these same fans an explanation as to why the acclaimed developers decided such with Bethesda's VP elaborating the reasons behind it. In other news, fans of shooter games can check out the "DOOM" speed-run that was recently made during the AGDQ, according to sources.

It was recently reported that Bethesda's VP Pete Hines shared to fans the reason why they ultimately decided on canceling "Doom 4," Gamespot noted. In an interview with OXM, which the source took note of, Hines elaborated that the reason why they called it quits with the game back in 2013 was because it was not the "Doom" that they were imagining it ought to be.

Hines said in the interview that canceling "Doom 4" was due to a tipping point where they saw the game not hitting the marks it needed to. The developers at that time, id Software, even told Bethesda that it was steering away from the "Doom" game that they think should be.

The VP also made it clear that canceling "Doom 4" was not an easy thing to do. He highlighted on the fact that a lot of people have placed a lot of their time and effort developing the game, while the company itself invested a lot of money to get it to that point in produciton.

However, Hines further stated in the interview that canceling "Doom 4" was something they had to do because they firmly believed in the idea that, in order for this game to be truly a success, it had to me the right thing and executed the right way.

In other news, fans of the "DOOM" franchise can also check out the speed-run that was made just under an hour, Polygon reported. It was stated therein that the speed-runner, named as Blood_Thunder, blazed through the entirety of the game in just 54 minutes. This was executed during the charity speed-running festival Awesome Games Done Quick (AGDQ), which was said to have surpassed the 500,000 US dollars threshold. 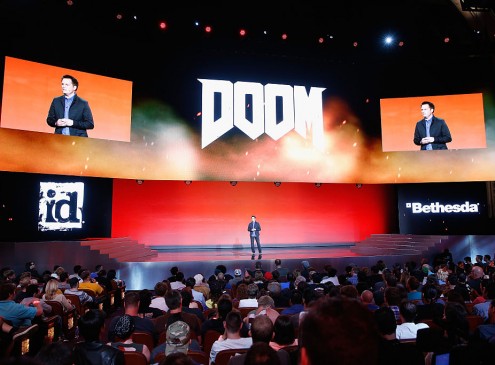