Vega 20 GPUs are the newest chipset of AMD that is based on the company's latest architecture. In a leak, AMD's roadmap leading to 2019 has revealed about the Vega 20 GPU. How AMD intend to produce GPUs with performance that goes beyond gaming? Learn more about the GPU here!

Just this week, AMD's Vega GPU architecture has been revealed to the crowd during the kickoff CES 2017 in Las Vegas where preview was led by CEO Jen-Hsun Huang. However, someone from the internet has took hold on the roadmap of AMD leading towards 2019 and started leaking it off online, according to The Country Caller.

The information has been posted in the website called Videocardz in which they revealed that AMD Vega 20 will be the biggest among the three Vega chips including the Vega 10 and Vega 10 x 2. Accordingly, AMD Vega 20 will be equipped with the following high-performing specs: 4 Stack HBM2 up to 32GB that comes with 1TB/s bandwidth, 64 Computing Units, GFX9 Architecture and the next-generation 7nm process.

With the given specs, AMD Vega 20's performance is expected to go beyond gaming. The Vega GPU is considered to be the most effective when it comes to transmitting largest sets of data and is capable working on various memories in a 512TB virtual address space.

Furthermore, AMD Vega 20 is also perceived to deliver consistent performance because of its ability in load balancing that goes alongside workload distributor, according to Daily Tech. For this reason, AMD Vega 20, running 4k gaming using the GPU will result to 70fps having few dips below 40fps.

Since AMD has already shown a working Vega 10 GPU during CES, the company has confirmed that the Vega 10 and Vega 10 x2 GPUs will hit the store shelves in the first half of 2017 and Vega 20 in the early months of 2018. On the other hand, aside from the three GPUs, AMD is also rumored to be working on Vega 11 and Polaris 12. 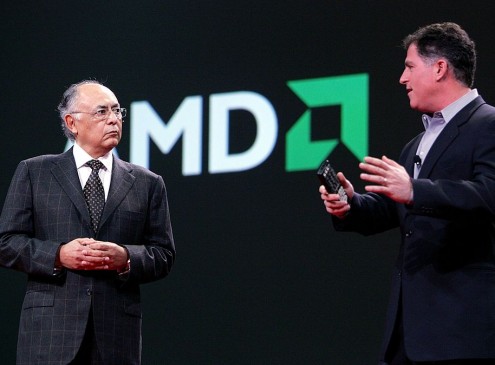