Expectations are high for a future update of "Tom Clancy's The Division." A recent data mining discovered possible new additions and enhancements to the online-only open world shooter game, including expansions, activities and vanity items.

Reddit user iamunk0wn data mined the latest "The Division" patch, Update 1.5, and found that Massive Entertainment may be preparing to expand the Dark Zone into Central Park. The Dark Zone is the game's PvP (player-versus-player) arena.

The Dark Zone offers the game's best loot, which can be obtained by killing AI and claiming the drops for yourself, from chests and from killed players (rogue or not). Enemies with purple and yellow health bars provide the best loot, VG247 noted.

The latest "The Division" patch hasn't been implemented yet, but subtitles indicate that they've "started pushing further into the Dark Zone" and they're "unlocking the gates that lead north towards Central Park," Game Rant reported.

"I need you to get up there to do a little recon. Let me know what you see, and stay safe. It's not exactly friendly territory," the subtitles added.

"The Division" players have been clamoring for a Dark Zone expansion since the game rolled out in March 2016, but it seems like players need to wait for a month or two more. Massive will hold an Elite Task Force (ETF) event this month where a handful of players can try the 1.6 update and share their insights about the PvP features they wish to change or improve.

The Redditor also found some info about a new NPC named Kekich and a new activity that surrounds SHD tactical terminals, which will be airdropped into the Dark Zone for "The Division" players to find.

Also, there are hints of a new PvP arena addition in "The Division" where players can carry out a more traditional PvP game mode. The game mode would likely center on players taking different zones or areas of the map. In addition, there are speculations that SHD tactical terminals will be added to the potential PvP arena addition.

A new vanity set called Private Military Company was also found in the new "The Division" patch. This vanity set can be acquired through a separate DLC purchase just like the game's other vanity sets.

Take note that these are all unconfirmed at the moment. For now, players need to wait for official announcements from Massive about a future "The Division" update.

What do you wish to see in "The Division" in the future? Tell us below!

Tags The Division, Massive Entertainment
© 2017 University Herald, All rights reserved. Do not reproduce without permission. 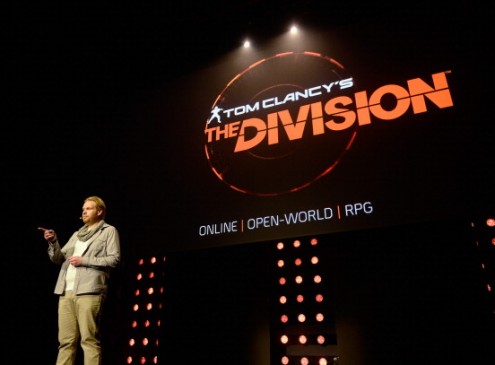