The Xperia XZ and X Performance devices are the latest inclusions to Google's Android Nougat firmware update, with the former being updated to 39.2.A.0.237 while the X performance facing minor changes of the last three integers to '.361.'

Along with the OS update, the devices received the latest December security patch from Google, University Herald has learned.

Upon installment, Android 7.1.1 Nougat update will come with new features and enchancements on its first-party apps, including multi-window support that allows users to use two apps at the same time and double tap to switch between them.

In addition, the Nougat firmware will fix bugs and also brings performance improvements. The update promises a battery saving technology, especially by consuming less memory when screen is turned off.

Specs-wise, the Xperia X Performance comes with a 5-inch touchscreen display with a resolution of 1080x1920 pixels, GizBot reported. The handset is equipped with a 3GB of RAM and 32GB of internal storage, which can be expanded through a microSD card for up to 200GB memory. In its optics department, Sony Xperia X Performance sports a 23-MP primary camera and a 13 MP front shooter.

In addition, the Xperia X Performance is powered by a non-removable 2700mAh battery, and manages a single SIM that accepts a Nano-SIM.

Meanwhile, the Sony Xperia XZ smartphone packs a 5.20-inch touchscreen display, coupled with a resolution of 1080x1920 pixels. As per its internal chassis, the Sony Xperia XZ is powered by 1.6GHz quad-core Qualcomm Snapdragon 820 processor, with support of 3GB of RAM. Its internal storage manages a hefty 64GB, which can be expanded through a microSD card.

The Sony Xperia XZ also comes along with 23MP primary camera and a 13MP front shooter. It carries a non-removable 2900mAh battery and is a dual SIM smartphone that accepts two Nano-SIMs. 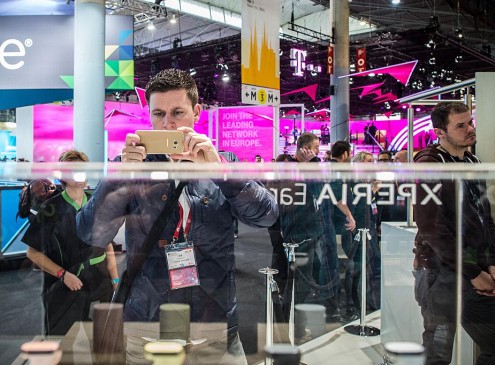