"Ark: Survival Evolved" will feature a farm animal called the Ovis Aries that will arrive on all platforms. The announcement was made by Studio Wildcard amending their earlier statement of getting the animal once players voted "Ark: Survival Evolved" in the "Best Use Of A Farm Animal" Award category at the Steam Awards.

Posted on Dec. 26, "Ark: Survival Evolved" community page on Steam exploded with scorn, citing the conditions set by lead community manager and associate producer Jat Karunakaran with which to unlock Ovis Aries. According to Polygon, the game is nominated in the said category with a possibility of winning through user votes in using a farm animal in game in the best way possible.

"Ark: Survival Evolved" does not involve traditional farm animals; however, adding the Ovis Aries, which is technically a sheep, adds legitimacy to its nomination. The controversy started when Studio Wildcard seemingly wanted voters to pledge support first in order for them to get the farm animal.

This does not come off well to many "Ark: Survival Evolved" players, with the invitation coming off as a form of bribery or coercion, according to MMORPG. The post has then been removed and Studio Wildcard re-introduced the Ovis Aries as designed to celebrate their nomination.

As such, to clear off any confusion generated by the first announcement, Studio Wildcard decided that the Ovis Aries will be coming to "Ark: Survival Evolved" regardless if they win the award or not. Additionally, the studio said Ovis Aries will be available and will make its debut in the next major "Ark: Survival Evolved" update, SurviveTheArk reported.

This time around, the new announcement received jest comments and some elated by the possibility of harvesting pelt from the animal. Yet others pleading that they are easy to breed. Furthermore, Studio Wildcard made was no mention of when the next update for "Ark: Survival Evolved" will come out.

‘Super Mario Run’ Round Up Shows Nintendo Has A Winner [Video] 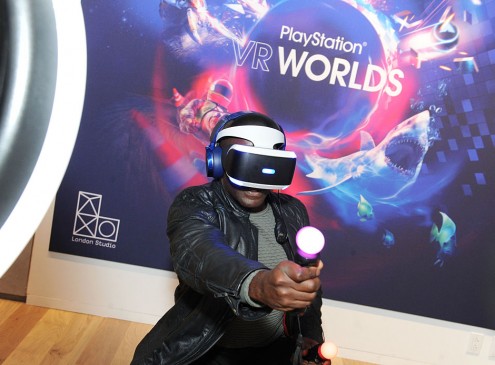