Moto 360 2 has been receiving a huge positive feedbacks from customers. The latest revamped smartwatch by Motorola gets a few upgrades with some drawbacks to take note.

Moto 360 2nd gen runs Android Wear with 4 GB of built-in storage. The 400 mAh battery could last up to a day and a half. A Snapdragon 400 powers the timepiece with Wi-Fi and Bluetooth as the connectivity.

As far as the design is concerned, the scratch-resistant Moto 360 2nd gen gets its protection from Corning Gorilla Glass 3. It's got a thin flat-tire-like bezel which has created opinion split between the worshipper and the mocker.

A few upgrades seen in the smartwatch include higher pixel density which improves the visual experience; fast wireless-charging feature and replaceable straps, and smaller model available.

While the design looks sleeker and better, Motorola does not seem to bother improving the battery life. It does getting a pump but for a smartwatch as good as Moto 360, it should up the capacity higher than 400 mAh.

A few users reported the Moto 360 troublesome in recognizing 'Ok Google'. Lenovo Forum has a few customers complaining about the failure to activate voice command on the smartwatch.

Albeit the more attractive build, many have questioned why the flat tire design is back on Moto 360 2nd gen. The bezel does make the timepiece less appealing.

When Google announced that Android Wear will be compatible with iPhone, as told by The Fortune, the tech crowds was glad and sad as the company limits the pairing compatibility features. The performance is reportedly slow and there is no significant change from Moto 360, in term of the limitations.

As of this day, Motorola Moto 360 remains one of the most popular Android Wear smartwatches.

'Pokemon GO' on Apple Watch is Not Exclusive - More Affordable Wearable to Come as ... 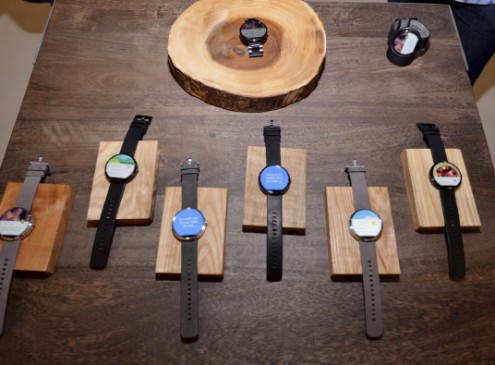