It seems that most fans and avid gamers of the beach volleyball game "Dead or Alive Xtreme 3" will be pleased to know that two of its characters, Honoka and Marie Rose, will be seen in the cross-over video game "Musou Stars." Moreover, fans familiar with the Swimsuit DLC released for the game gave their insights on how extreme the tearing effects were.

It was recently reported that the acclaimed Japanese video game publisher, Koei Tecmo Games, announced that the heroines from "Dead or Alive Xtreme 3" will be seen in the anticipated cross-over video game "Musou Stars," Siliconera reported.

Along with the two characters from "Dead or Alive Xtreme 3," it was also reported that pachislot mascot Rio will also be appearing in the hack-slash cross-over game. It was said that the announcement by the publishing company was made through a recent issue of Famitsu magazine.

The source also pointed out that Honoka and Marie Rose of "Dead or Alive Xtreme 3" will be joining Oppona, who was first reported to have also been included in the cross-over video game by Koei Tecmo Games during the events of Jump Festa 2017.

"Musou Stars" is a hack and slash video game published by Koei Tecmo, which is a cross-over of the acclaimed "Warriors" franchise that showcases a variety of characters based off from the company's other video game titles. The game was said to be slated for a March 2, 2017 release date on both the PlayStation 4 and PS Vita.

In other news, fans of the acclaimed beach volleyball game "Dead or Alive Xtreme 3" went on to Gematsu's comments section to express their impressions on the tearing effect they've seen with the Swimsuit DLC.

One fan commented on how the extreme tearing feature of the Swimsuit DLC was what they were looking for in the game. It was previously reported by the source that the "Keijo!!!!!!!!" collaboration Swimsuit DLC for "Dead or Alive Xtreme 3," which was first announced in January, was made available to fans for free just last month.

Fans can check out a video that was posted, featuring the Swimsuit DLC for the popular beach volleyball spin-off game "Dead or Alive Xtreme 3." 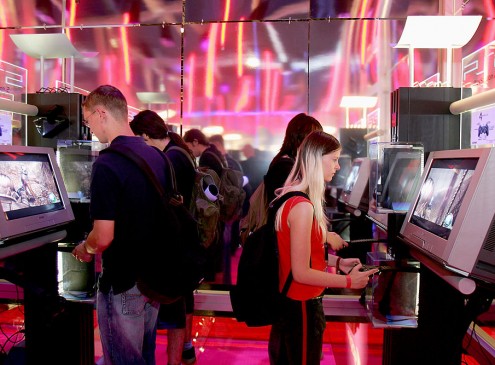