What The Most Successful People Do In Their Off Time, Find Out Here

It's hard to think how the busiest and most successful people can manage to spare some time for their hobbies, but they actually do. Hobbies, though these are the fun things we enjoy doing, can also be beneficial and helpful. Research suggest how hobbies can be boost a person's physical as well as mental health. This is also another reason why even the most successful people in the world make sure they find time for their hobbies but if you want to know what they pursue, here are some their pastimes.

Bill Gates, the founder of Microsoft, has grown interest with playing bridge. Another avid bridge player, Warren Buffett, was the one who introduced him to the game until he eventually got hooked in playing and enjoyed it.

Nicola Tesla, the inventor of the radio, robotics and alternating current loved pigeons. He used to feed wild pigeons from his bedroom window. And even when he was already bedridden, he hired someone to do it for him.

Walk Disney had an amusing fascination about model trains because aside from the ones that you can see in his parks, he set up a huge model train in his office as well as a miniature steam train in his backyard.

Aside from being a Berkshire Hathaway CEO, Buffett has been playing ukulele for decades. He said that he started learning because he wanted to impress a girl until he has grown so much love for the instrument.

Mayer, Yahoo's CEO, is also a huge fan of baking cupcakes. She spends time studying recipes of cupcakes from cookbooks and then test each recipe before she creates her own. She even makes a spreadsheet for the ingredients alone.

Productive Ways for College Students to Spend Their Holidays Wisely

Morning Jogs Can Improve Your Memory According to Studies

Clues That Tell You Have High E.Q. Even When You Don’t Realize It 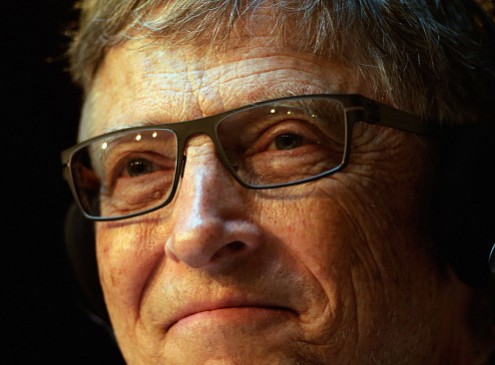