According to official website of Samsung, the Samsung Galaxy J7 Prime has the S Power planning mode which is a feature designed for the battery of the phone. It extends the battery time of the phone that will allow gamers to not worry about running out of battery in the middle of a game.

Another feature of the Samsung Galaxy J7 Prime is the S bike mode which enables callers to hear a pre-recorded message that would tell them the person they are calling is currently riding. In case it is urgent, the caller can press "1" so it can still push through.

The long wait is over for Samsung fans as this phone has plenty of features that were eagerly anticipated. One feature is the Wide Selfie with the 8MP front camera designed to have more people fit in the selfie. It was not too long ago when Ellen DeGeneres hosted the Oscars and used a Samsung phone to take a super selfie with a bunch of celebrities. During that time, it did not look like a lot of people can fit in the picture but this phone allows a lot of people to fit.

According to Gadgets 360, one feature that had users breathing a sigh of relief for the security of their phone is the Fingerprint Scanner which is easy to use. Your fingerprints is also the same thing you will use for another feature, the Secure Folder, which is a feature that lets you lock and hide apps. There is also the Secure Wi-Fi which prevents data to get transferred when you are in public Wi-Fi hotspots. 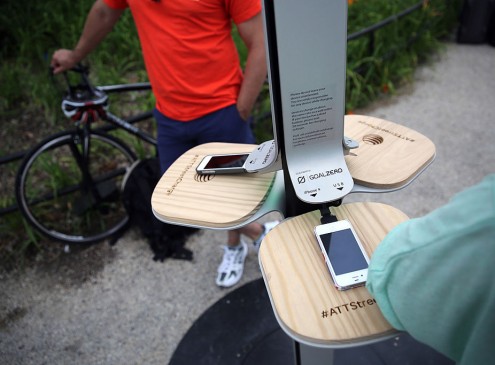