Emma Watson, a renowned actress and United Nations ambassador, is not the only celebrity campaigning for the end of child marriages in third world nations. Aside from a handful of other authorities such as First Lady Michelle Obama, there is one actress that wants to fight off this tradition.

Northern Nigeria is just one of the many countries in the continent that still hold child marriages as a sacred and important tradition. And according to actress Pat Audu, the movie industry can play a major role in order to stop the practice.

The "Tears" writer, who is a graduate of Zoology from Nasarawa State University, said that "Tears" was an important film in order to raise awareness, cites Today. She took Zoology as her course because her father wanted her to become a scientist. But Pat Audu knew that it is not something she wanted to do. She wanted to pursue acting. After enrolling at the National Film Institute, she was able to write the film "Tears" which advocates against child marriage.

She considers the fight against early child marriage a collective fight which needs everybody's help. For the writer and actress, this practice is not an acceptable one and calls it a menace.

In order for this practice to be stopped, she advocates the need of campaigns and education against gender discrimination. Which is why the movie "Tears" was created. Children who enter child marriages, as a result suffer from child abuse, lack of education and poverty. Audu says that the movie points out a society that does not show importance for girl-child education.

The practice comes from a thought of marrying the female daughter off with an older man because of poverty. And Audu wants to enlighten everyone that child marriage is not a lifestyle or an acceptable tradition.

She hopes to bring awareness to the region using the right campaigns and methods in film and acting.

Tags Child Marriage, Education for Girls
© 2017 University Herald, All rights reserved. Do not reproduce without permission. 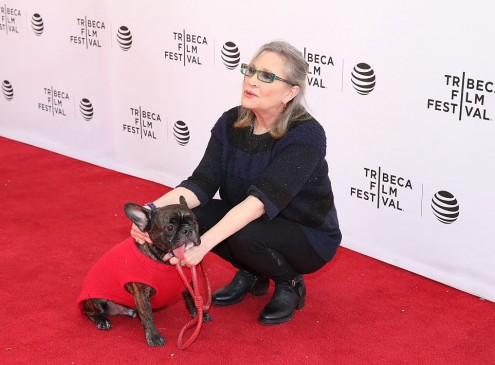