PS4 exclusive "Yakuza 6: The Song of Life" is heading towards its imminent release date in Japan. Will the game's demo available in English version? Read more details here!

Another PS4 exclusive game called "Yakuza 6: The Song of Life" is set to be released this coming December 8 in Japan. According to Dual Shockers, the creators of the game had just released two new trailers that apparently made the fans more excited.

Accordingly, the first trailer shows the game's story that pulls out a little bit more of maturity compared to the previous chapters. The second trailer on the other hand, focuses on the gameplay that leads to the creation of mini-games that produces the character they called "ojisan" or referred to as middle-aged man.

When Dual Shockers reported about the association of Local English language to the game, the fans get more excited only to find out that it is not what they are expecting. In another report of Dual Shockers, Paul Lim the dart champion will be part of the game and that his interview which is basically in English language is the only localized language that can be heard from the game.

"Yakuza 6: The Song of Life" Trailer

The first trailer of "Yakuza 6" which was shown back in September features the Japanese actor Takeshi Kitano alongside Tatsuya Fujiwara and Shun Oguri. According to GameSpot, "Yakuza 6" was officially announced during the Tokyo Game Show in 2015 alongside "Yakuza Kiwami" for PS3 and PS4 which doesn't have a confirmed released date in the west until now.

‘Dishonored 2’ Tips & Tricks: How to Survive a Long Fall by Creating Doppelganger? [... 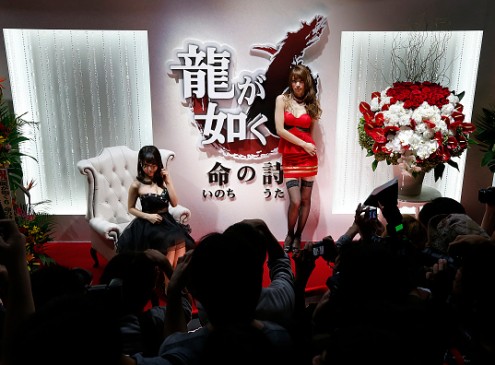