Corvias Foundation is inspiring students once more by announcing that their scholarship grants for 2017 is now up for the grab. The foundation is the charitable arm of Corvias committed to aid military families, and their employees to aim higher and be successful in their chosen field.

It is the culture of the Corvias foundation to equip their scholars with resources and networks enough for them to excel in their study goals for a fruitful career. Their community involvement, educational concern and charitable nature made them very prominent and successful in their endeavors, as per the Corvias Foundation website.

It has been officially announced that the Corvias Foundation is now accepting applications for the 2017 scholarship batch. It is allocated for children and spouses of military personnel who are basically members of active-duty troops. The 13 Army as well as Air Force installations direct relations can apply for the grant.

The organization manages housing on several military vicinity. It has given out more than $6.5 million in terms of educational grants to members since 2006.They allot 10 scholarships worth up to $50,000 each award to high school seniors graduates and 20 scholarships of $5,000 worth or less to military spouses.

The applications for qualified children must reach their office by Feb. 9. Students attending a four-year college course will be prioritized. Spouses' applications should be in by May 4.

Families may not be on-post housing residents to qualify for scholarships. Fort Bragg is included and the following locations are also eligible as suggested Fay Observer: 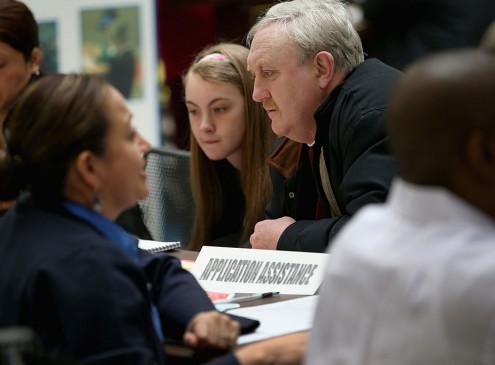 How Students Can Afford College Education Without Scholarships [Video]