Rumors about PS5 has already swirled around the web for some time. After the release of PS4 Pro, Sony is expected to bring more information about PlayStation 5 to the table.

PS4 Pro technical specifications include AMD RAdeon with 4.2 teraflops speed. It rocks 8GB of RAM, 1TB of internal memory and sports an octa-core Jaguar chipset, according to GameSpot. Sony PlayStation 4 will be released on Nov.4, and is expected to be a game changer for the company as it creates a new way on how console works. With that being said, it will not be a surprise when the PlayStation 5 comes with better specs, and probably, in compact size.

While PS4 Pro is still set to be launched, the PS5 is still in a rumor phase. Many reports suggest advancements from its predecessor. Starting from VR-compatible, 4K resolution, the latest AMD chipset to 1700 pixel HD video support - the upcoming PS5 will rock better processor for faster performance.

Another report indicates two variants of PlayStation 5 which Sony plans to release. The two devices will be comparable to some of the gaming consoles available in the market today. Speaking to MTV, Scott Rhode said that it is Sony's culture to make something bigger and better than what's already done.

Hence, it is safe to assume that the PS5 will come fully equipped and upgraded. It can also be argued that the console might arrive sooner as PS4 Pro is just counting days to its launch.

PlayStation 5 is rumored to have a 2018 release date. Tokyo reporter for WallStreet Journal Takashi Mochizuki has detailed more specific launch timeframe by stating the second half of 2018.

PS4 Pro? Wait, what about PS5? Macquarie's Damian Thong who correctly predicted PS4 slim and Pro says PS5 may arrive in 2nd half of 2018. 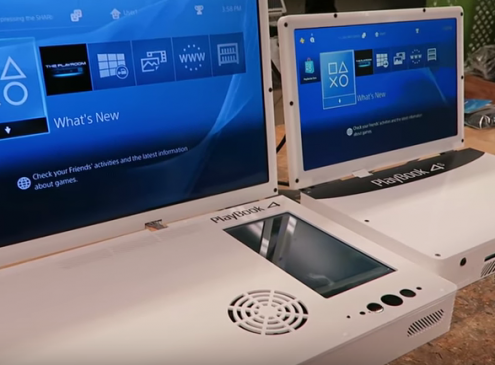