"Clash Royale" gets a new card called Ice Golem. Supercell released the rarest card in the game that players may unlock from the Frozen Peak. The new card is a tank card like Golem and Giant, but unlike other cards, it only needs two elixirs to collect as compared to the eight elixirs required for Golem.

In "Clash of Royale" Level 1, the new Ice Golem gets 625 Hitpoints, 16 Damage per second, 40 Damage and 23 Death Damage. Based on reports, the rarest card is not impressive; however, when used along with the troops as mini tank, Ice Golem could be very useful against the enemy.

In spite of the first impression that some players had against the card, it appears that more players are now beginning to realize its tank value, given that it is just a two-elixir card. In fact, a number of players have given some tips on ways to optimize the Ice Golem use.

"Clash Royale" appears to surpass the popular game "Pokemon Go" in the iOS Store, following the recent launch of the Ice Golem. However, it seems that the Google-map based game remain ahead of the game, as "Pokemon Go" stands in the fourth while "Clash Royale" is in fifth position, MNR Daily reported.

Meanwhile, as "Clash Royale" has already received Ice Golem, reports now claim that the iconic spell Graveyard will be the next card to come to the game. The spell is believed to discover a group of Skeletons anywhere in the Arena, which costs 5 elixir and begins Skeleton level 9 that comes with 5 block radius and 10-second duration. Skeletons are known as highly effective against the large and powerful troops, while also very susceptible to Arrows while making their way to a target, Touch Arcade reported.

Watch video about "Clash Royale" How to Use Ice Golem! (Strategy Guide) here: 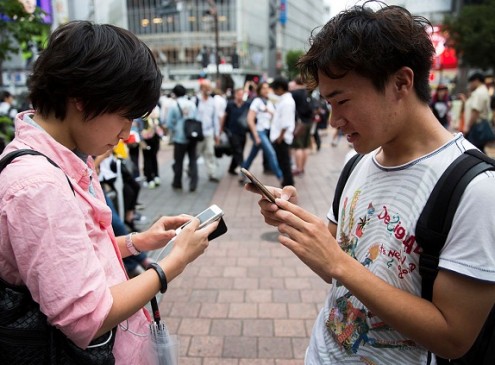