Dragon Ball fans, rejoice! The hit Japanese anime series is all set to begin streaming and simulcasting in the near future.

"Dragon Ball Super" is on a roll. Just a couple of days after Toei Animation announced "DBS" will be officially subtitled in English, a leading platform for Japanese anime Crunchroll announced that the fan-favorite anime is gearing up to be streamed and simulcast soon. The announcement has got everybody going wild as it implies that starting on Oct. 22 at 6:00pm PT, fans will be able to stream "Dragon Ball Super" episode 63 simulcast with complete English subtitles.

Moreover, Crunchyroll is expected to roll out access to more than sixty previously-aired episodes of the series. Region for free and paid users include New Zealand, Australia, Canada, and United States for subscription viewing on demand (SVOD) and advertising video on demand (AVOD). Meanwhile, paid members of Crunchyroll in South Africa and Latin America will be able to watch "Dragon Ball Super" via SVOD.

Aside from viewers of Crunchyroll, audience of Daisuki and Anime Lab will be able to log in for an English-subtitled simulcast of "Dragon Ball Super" episode 63, titled "Don't Define Saiyan Cells! The Curtain Rises on Vegeta's Intense Battle!!" The episode paves way for an exciting conclusion of the "Future Trunks Arc," Kotaku reported. As far as future new episodes are concerned, audiences will be able to tune in weekly for upcoming episodes.

The hit anime's fourth arc will feature Future Trunks' return. Tailed by an unknown being that is bent on destruction, Future Trunks is put into a fight that stretches over time and space.

"Dragon Ball Super" episode 63 focuses on Future Trunks' fight with Goku Black, as Goku acquires the "Evil Containment Wave" technique. The arc begins at episode 47. Viewers will be able to stream the entire Future Trunks arc in order to prepare for episode 63's debut. Then, the complete series will roll out starting on Oct. 30 with 10 episodes releasing a week at a time. 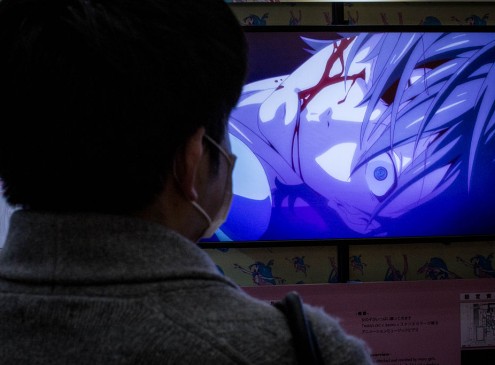