Stiles and Lydia's relationship in "Teen Wolf" has developed throughout the years. From a simple crush to a deeper, more meaningful relationship, the two have been together throughout every crazy thing that has happened in Beacon Hills. Fans, rejoice, because "Teen Wolf" Season 6 is making Stydia official.

In "Teen Wolf" Season 6, Beacon Hills is invaded by the Ghost Riders - a supernatural group whose goal is to capture people from town and make their captives a part of their team forever. The mythology is unlike any of the show has explored before. Although they do not intend to kill people or extract vengeance, they pose a far graver and worse threat.

"What's scarier than death? Being forgotten. Being completely erased," creator Jeff Davis told EW. When one is taken by the Ghost Riders, they become forgotten in real life. All memory of them will be erased, as if they never existed in the first place.

Styles is put in this very precarious situation in "Teen Wolf" Season 6, as he is taken by the Ghost Riders and everyone forgets him - except Lydia. In an excerpt from the script for the "Teen Wolf" Season 6 episode 1, Lydia finds Stiles just before he is taken by the Ghost Riders. It appears that Lydia is the only one who can still remember who Styles is.

When asked why this is so, Davis explained that Lydia and Styles have something special between them. "We decided that this is the place to show that they've gone from a simple crush to friends to something deeper," he added.

In this particular scene before Styles' capture, he tells Lydia not to forget about him, and if ever she does, she should remember that he loves her. This is the moment all fans have been waiting for since Season 1.

Styles' capture marks a noticeable impact on Beacon Hills. Every person whose life Stiles has touched will notice that a big part of their life is missing, and they will soon realize that they are missing the same person.

In an interview with TVLine, Davis said that Stydia is the "focal point of the next season." 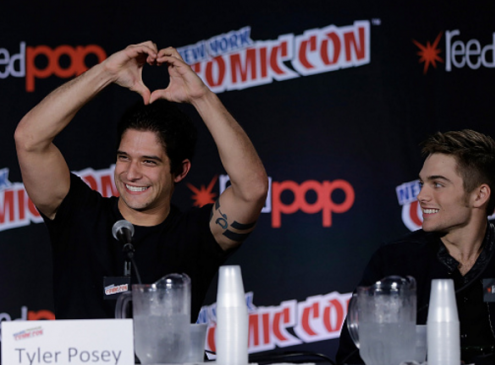