MacBook Pro 2016 rumors claim that the new laptop will be released anytime soon, which may mean that MacBook Pro enthusiasts may likely have their early Christmas gift from the tech company. Based on reports, a launch date has been set for the upcoming device that is believed to come with a slimmer body and other amazing features, including some improvements that will reportedly upstage Dell XPS 15.

The new MacBook Pro 2016 will reportedly be released on Oct. 24; however, this has yet to be confirmed since no official announcement has been made until now. Given the fact that Apple follows a trend when it comes to releasing their product, which is at the end of October, MacBook Pro fans are positive that the Cupertino-based company will make the laptop available this month.

MacBook Pro 2016 is believed to be powered by Intel's Kaby Lake chipset, which is known to be the most efficient processor in the market today. Reports also suggest that the new laptop will likely feature an OLED touchscreen above the keyboard, replacing its predecessor's function keys. Aside from a faster processing, MacBook Pro 2016 will reportedly sport a longer battery life.

Meanwhile, it should be noted that MacBook Pro, when it was launched in 2006, was the first laptop from Apple to run an Intel chip. The device is also the first laptop that features a unibody aluminium build with backlit keyboards, MNR Daily reported.

On a lighter note, tech fans are curious to find out if MacBook Pro 2016 will overshadow Dell this time, given that the redesigned XPS 15 upstaged the MacBook Pro 2015. Stunning in 15.6-inch, Dell's XPS 15 was smaller and boasted a Retina display, outshining MacBook Pro 2015. However, Apple appears ready to outshine Dell when the new MacBook Pro 216 launches. 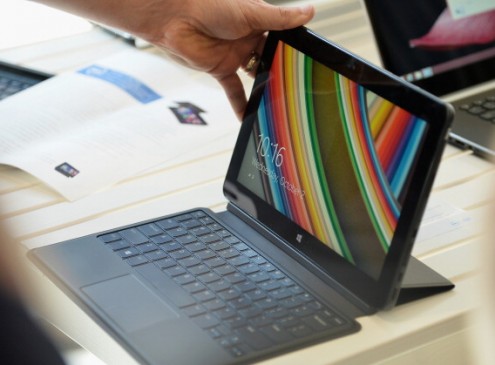