Angelina Jolie Focused On Her Career Amidst Divorce With Brad Pitt, Actress To Teach Masteral Progam

The actress is not discouraged at all. Even with the recent events and media buzz surrounding her marriage with actor Brad Pitt, Angelina Jolie is still focused on her career.

Angelina Jolie is going to be a visiting professor for a new masters' program. The masteral program is focused on women, peace and security. She does have the background for it. She is a notable humanitarian personality and has received the Jean Hersholt Humanitarian Award. She was also a Special Envoy for the United Nations High Commissioner for Refugees.

Jolie is only one of the four visiting professors in the program. It is going to be housed at the school's Center for Women, Peace and Security.This is the very center that Jolie herself founded in February 2015 with William Hague, Britain's former foreign secretary. The school aims to " developing strategies to promote gender equality and enhance women's economic, social and political participation and security."

The London School of Economics announces that Angelina Jolie is all set to be a visiting professor in 2017. "The post starts in September 2017," a representative from LSE says. The actress continues to keep herself busy. According to Yahoo, the program Jolie teaches will begin accepting applications this fall.

So if you want to become a student of the great Angelina Jolie, this is it! Jolie will be giving lectures, promoting workshops, attend events and actively participate in research projects. This is something close to the actress' heart.

After 12 years of being together as a couple and having six kids together, the "Tomb Raider" star files for a divorce. But unlike some celebrities who want to hide from the media, or act out because of the personal and immense emotions surrounding the divorce, Jolie keeps it together. The investigation continues after their separation this month and Brad Pitt is being questioned for child abuse.

Saving For Your Kid’s College Education? Here Are 3 Ways To Save 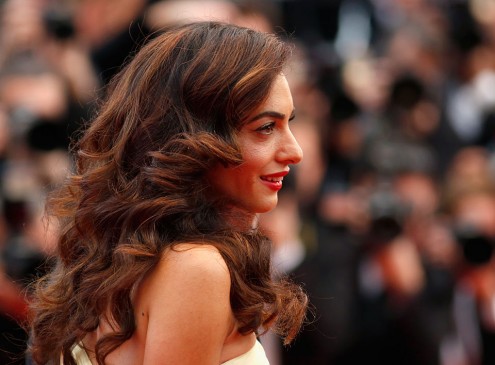