CBS' "Criminal Minds" fired the orignal cast member Thomas Gibson after he allegedly assaulted a writer-producer. Some rumors suggest that his charater, Aaron Hotch might be killed in one of the episodes of "Criminal Minds" Season 12.

In a previous report, "Dharma and Greg" and original cast of "Criminal Minds," Gibson was reported kicked a writer-co-producer, Virgil Williams, thus, the CBS decided to suspend him.

"There were creative differences on the set and a disagreement. I regret that it occurred," Gibson told Deadline.

There is also a rumor that Gibson will be going "MIA."

Aftermath of another original cast member, Shemar Moore, departure, the long-running drama-thriller TV series announced some new cast members, including, Adam Rodriguez, to portray the role of a Fugitive Task Force Agent in the FBI named Luke Alvez, and Aisha Tyler as Dr. Tara Lewis, a psychologist. Tyler has been announced will be part as a regular role in Season 12.

In a statement from ABC Studios and CBS Television Studios, it says that the actor has been dismissed from the show. Since it is confirmed that he will no longer work for the show, many fans are wondering how Gibson's character will exit. According to the network, Aaron Hotch's exit from the show will be announced at a later date, according to Mashable.

Since it is not sure how Gibson's character will exit from the show, TV Line listed down the possibilities how Hotch exits the Season 12. The possible stories that CBS could write or explain about Hotch's exit are,

'Supergirl' News & Spoilers: The Truth Behind The Move To The CW And How Kara Fits In To ...

'The Flash' Season 3 Spoilers: Grant Gustin Teases Back To The Future Moment In Season 3 [... 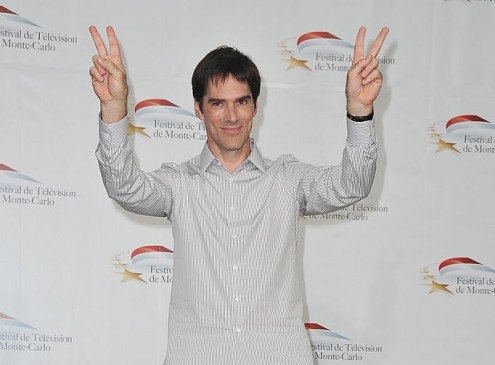