Coming out as the first phone to have iris scanner, Corning Gorilla Glass 5 and its stylus waterproof; now Galaxy Note 7 is planning to include authentication with your eyes in Samsung Pay.

The iris scanner in Galaxy Note 7 does not only add another layer of security system to the phone but it will also be used in Samsung Pay. The app will utilize iris recognition for a more secured way in doing payments with mobile banking.

Similar to the fingerprint sensor, the iris scanner is part of an authentication after you buy something using Samsung Pay, NFCWorld wrote. Thus, the idea of authenticating a payment using your eyeball would definitely make the process more secured.

The facts that many South Korean banks released support for iris scanning feature seem to corroborate the news. Some names include Woori Bank, Shinhan Bank and KEB Hana Bank. Shinhan Card is ahead of the rest as it is technically preparing the support service, FindBiometrics reported. Following Shinhan, KB Kookmin Card and Hyundai Card should have the service available soon by end of this month.

The 5.7 inch Note 7 is a waterproof phone that runs Android Marshmallow. It features super AMOLED screen display with 1440 x 2560 pixels resolution and 518 ppi pixel density. Under the Gorilla Glass 5, the phone is equipped with Exynos 8890 Octa core and 4GB of RAM. Internal memory gives you 64 GB of storage.

Do you have something to add about Samsung Galaxy Note 7 and its iris scanner? Leave your comment below!

Google Nexus 2016 Release Date, Rumor: First Ever Smartphone in The Market Compatible with... 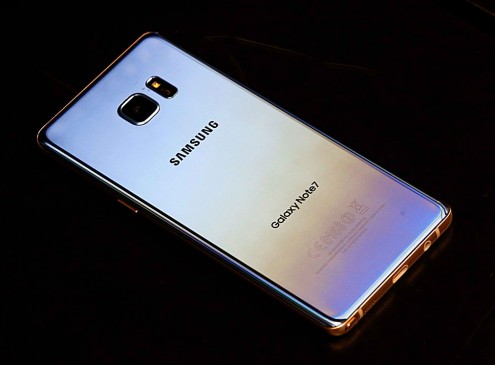