As Arizona election approaches, one of the most primary concerns that hit voters' mind when it comes to selecting the right candidate is who will have a better program for education. It is no surprise as the majority of the voters are parents if not newly registered voters as well students.

Every two years, citizens will have to choose whether to remain with the satisfaction they attained from the incumbent officials or give an opportunity to the new position aspirants to prove what they've got.

Among those closely watching the candidates' programs is the Stand for Children, a public education promoting non-profit advocacy group. This group pushes on doubling the funding for children's education specifically reading.

One of the Stand for Children's goals is to ensure the reading ability of the third grade before moving on to the fourth grade. This, however, would require an $80 million fund, AZ Central reported.

Proposition 123, a legislatively-referred constitutional amendment that appeared on ballots on May 17, 2016, is also one major factor taken into consideration as voters select their candidate.

This measure aims to put up a $3.5 billion in the education fund in the span of 10 years. It is intended to be done by allotting more on education from the general fund and the increase in the state land trust permanent funds' annual distributions,  Balot Pedia reported.

Glenn Hamer, Arizona Chamber of Commerce and Industry president and CEO, on the other hand, cited the role that K-12 will play in the elections as incumbents are expected to their contributions on the matter.

Here is a quick look at the Propositions 123. 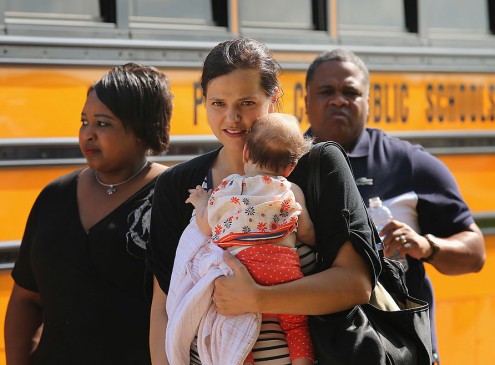