Lawyers of the University of Virginia student, under the name of Jackie, were reported demanding federal judge for reimbursement from a UVA dean who is suing the magazine, while the dafamation lawsuit against Rolling Stone and Sabrina Rubin Erdely, the writer who wrote "A Rape On Campus," an article centers to Jackie, was dismissed.

Meanwhile, a judge dismissed a defamation lawsuit against Rolling Stone and its writer filed by  three former Phi Kappa Psi fraternity brothers from the University of Virginia, JD Supra reported, According to the judge of Southern District of New York Judge P. Kevil Castel, the suit was improper because none of them were explicitly or implicitly identified by Rolling Stone magazine. Morever, the article did not mention such details that would concern their alleged involvement in the attack

Jackie, the accuser told Rolling Stone Sabrina Rubin Erdely that she was gang raped by seven members of Phi Kappa Psi Boys in 2012. Erdely spent five months working for her article, "A Rape On Campus" that was published online Nov. 19, 2014.

After her article circulated online, Charlottesville police investigated the university and found no evidence to back up the author's claims. Then on Dec. 5, 2014, the journalist sent an email with subject line, "Our worst nightmare," to the magazine editors, explaining why she does not trust her source anymore.

In a court document, Erdely said she had full confidence in her source until Dec. 5, when her source (Jackie) told her assailants may not have been members of Phi Kappa Psi after all and her answers became "confusing and contradictory."

Erdely reached out the close friends of the accuser. Jackie mentioned that her dress was soaked in blood during the night she was sexually assaulted, however, her friends said she appeared no injuries during that night. 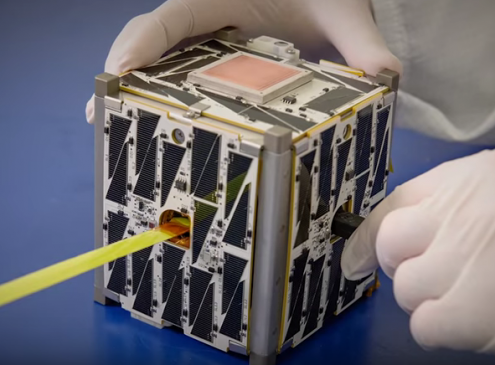 NASA To Launch A 'Constellation' Of Student-Built CubeSat's To Space