In case you miss out the details, when it comes to specs, iPad Air 2 and iPad Pro 9.7 have slightly different specs and features.

On the design, both iPad devices offer 9.7 inch display and weigh 437 grams. Pixel density of iPad Air 2 and iPad Pro 9.7 is 264 ppi but the second generation of iPad Air is enhanced with anti-reflective screen to make the colors appear more vivid.

Apart from the same resolution and size, the iPad Pro 9.7 inch comes with a new feature, True Tone - making it to have less reflective display and wider color range to display. The True Tone is able to match the displayed color with the intensity of light. iPad Pro 9.7 specs include the Apple Pencil to make drawings on the surface, GSM Arena reported. This is a big plus compared to iPad Air that does not feature stylus.

Apple iPad Air 2 vs iPad Pro 9.7 specs: Which one has better performance?

When it comes to performance, iPad Pro 9.7 provides better user experience with a little faster speed when doing multitasking.

iPad Air 2 is currently on sale in third-party websites like eBay. The Apple device's price cuts down from $700 to $450 for its 128 GB Retina variant. It could be a hint on iPad Air 3 release date which likely to take place in autumn 2016, IBTimes reported. 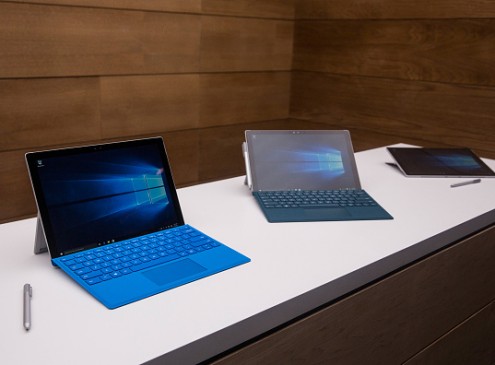 Surface Pro 3 vs iPad Pro 9.7 In A Battle Of Specifications [Video]