Lawsuit maybe not new to Donald Trump, however, his recent lawsuit of his Trump University seems affects his election campaign.

U.S. President candidate Donald Trump has a serious problem as he cannot find someone to speak to his convention, Vanity Fair reported. Ohio Republicans, who are supposedly hosting Trump's event, are not making plans.

Politico's Alex Isenstadt contacted more than 50 prominent Republicans including, governors, senators, and House members to invite them speak at his event. However, none of them had plans to attend nor speak at the convention.

Among the high-profile people in the "no" camp or those who refused to attend are Trey Gowdy, Lindsey Graham, Nikki Haley, Mark Sanford, Kelly Ayotte, and Even Representative Sean Duffy, who also got his start in public life on reality TV, said he "had not thought about it."

One of the lawsuits that affects the political campaign of businessman and TV personality, is the Trump University, which was accused of being a fraud. His rival Hillary Clinton has found a way to mock him. As a matter of fact, there is a video published that explains why his university is a fraud.

Trump's attorneys are working hard to prevent public access of video depositions, which reported taken as part of a class action lawsuit against Trump University. On Monday, June 27, Team Trumps pointed fingers at the Hillary Clinton's email lawsuit to justify why Trump's video should not be released in public, Law News reported.

A deposition released on Wednesday, June 29, said Clinton's aide is frustrated over private email system that she set up when she was a secretary of state. The deposition added there were times it (email system) delayed the communications and interfered with her diplomatic work. 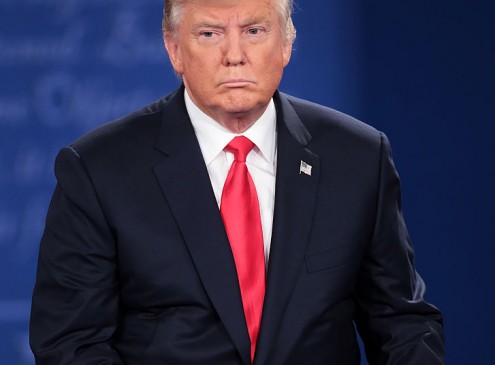