Hovering above the Magic Castle of Disneyland in California, a strange ring-shaped UFO was caught on cam last April 27. The video has just been uploaded for which UFO theorists based their assumption that it could be an alien portal.

Its black coloring made it more bizarre. Since this phenomenon was caught during the night time, many were looking up anticipating for fireworks but caught the UFO sighting instead.

Baffled by the strange sighting on the skies, Daily Mail UK said, visitors and witnesses started asking what it was. Many were startled by the news but conspiracy theorist suggests that this UFO sighting might cause ruckus about alien invasion or alien's exploration on Earth.

Upon watching the UFO sighting footage, the witnesses were heard fussing about and crying out in shock due to the bizarre floating object hovering above them.

Kyle Hawkins, film maker who uploaded the video said that they he and the people walking though the street along the Magic Castle at Disneyland have no idea of what it was. According to him, it was quite windy that time so what they witnessed could not be a smoke ring. He added that he expected an alien portal opening up through the sky, Daily Mail UK added. Still in disbelief, Hawkins has seen the strangest thing in his life.

The raw footage has been uploaded to YouTube. His UFO sighting video is a bit shaky. Nonetheless, it still caught the attention of conspiracy theorists. UFO blogger Scott C Waring posted new footage in his website where he included an analysis, Yahoo 7 reported. However, he did not reject the possibility that it could also be caused by the rides since Disneyland is a theme park.

Similar scenario was also observed in Argentina last May 2015. A bizarre black ring also appeared on the sky. Later on, the talks were cancelled as a claimed that it was due to a movie shooting special effects. Another similar strange black ringed object also appeared in April 2014 at Lemington Spa Town in England which has been dismissed as a black ring of smoke, Yahoo 7 quipped.

Here is another footage of the UFO Sighting in Disneyland. Share your thoughts at the comment section below! 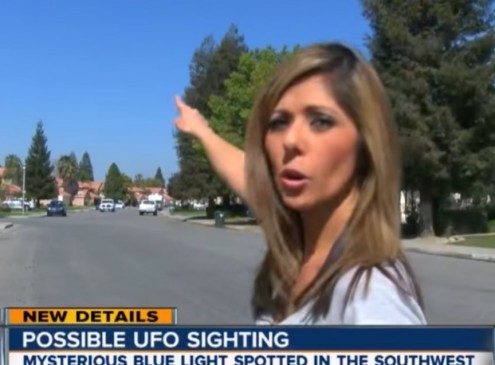