Apple's next-generation "MacBook Pro 2016" upgrade leaks are emerging side by side. Taking the spotlight is its OLED touchpad leaked photo sent to Cult of Mac showing off the aluminum casing for the upcoming MacBook Pro.

Recently, KGI Securities Analyst Ming-Chi Kuo hinted that Apple will include an OLED touchpad to the MacBook Pro series during the Q3 of 2016. Apple's latest offering is likely to get a thinner form factor including new butterfly keys, Cult Of Mac reported.

The spy photos were sent by an anonymous source who has claimed to be working for one of Apple's Chinese manufacturing partners. The source revealed a new pattern above the MacBook Pro 2016's keyboard, the place where the function keys are normally place which could probably hold the OLED touchpad, Cult Of Mac added.

There are a lot of good reasons why integrating an OLED touchpad to the "MacBook Pro 2016" is on point. The main one is to provide users the ability to customize those function keys. Users will be able to swap out stagnant shortcuts for those often used. It also adds shortcuts for particular apps.

As the photos show, almost all of the connectors on the alleged "MacBook Pro 2016" were replaced by USB-C port connectors. On the right, there appear two while there another two on the left sides while the only other hole on the device appears to be a headphone jack, Extreme Tech said.

MacBook Pro 2016 has long been presumed to be Apple's notebook. It is targeted at those who need a portable powerhouse which they can take anywhere to finish stuff on the go. Recently, new models were introduced when Apple added Force Touch trackpads and Intel Haswell processors, up to 16GB of RAM.

Now that Apple is making us all wait until the third quarter, what they are offering must something bigger than life and worth the wait. 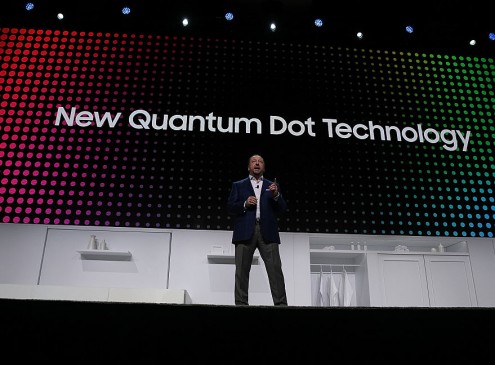