"Attack on Titan" or Shingeki no Kyojin in the original Japanese animation is scheduled for delayed release in 2017. The reason for the delay of the anime hit series is varied but mostly it is because the animators are looking at the manga for more material.

As for one of the reasons why the post-apocalyptic anime is delayed, it is because unlike most animes, "Attack on Titan" is faithful to the manga. Kodansha wants to the series to follow the manga as it is one of the reasons why the anime has a cult following, Tech Times noted. However, the manga updates have been slow and the company wants more material to be able to make "Attack on Titan" season 2.

For those asking-- Attack On Titan season 2 will pick up from where it last stopped. It will fully adapt Isayama's manga work.
W.I.T studio

"Attack on Titan" Season 2 End of The Manga and Anime Series?

There have been rumors that the "Attack on Titan" manga series is about to end and this is what Kodansha may be waiting for in order to proceed with season 2. However, there is no official word yet if this is true or not.

Fans of the "Attack on Titan" manga say that season 2 might revolve around a new mission for the Survey Corps, Vine Report shared. They will be tasked to know how titans came to be and Eren might be heavily involved in this as rumors say he is at the center of it all.

How do you feel about another ragging delay for "Attack on Titan" season 2? Do you think the new anime will still stay faithful to the manga? Let us know what you think below. 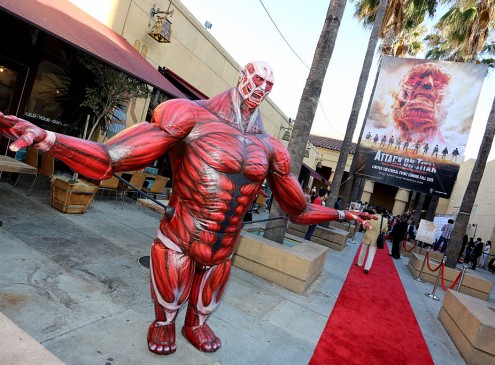