A new study dedicated to mapping out gut diversity and microbiome says that drinking red wine and eating dark chocolate can be good for the health.

Our stomach is made up of millions of bacteria. These microorganisms play various roles in our body including but not limited to digestion of food and possibly formation of diseases. Scientists are trying to understand the mysterious realm of our guts by analyzing our gut biodiversity. New studies show that drinking red wine and dark chocolate may be good for our guts and overall health.

Belgium and Netherlands researchers analyzed fecal samples from thousands of volunteers to study the human stomach microbiome and gut biodiversity. They found that certain foods like dark chocolate, red wine and coffee are good for the gut as it increases the diversity of bacteria living there.


Dr. Alexandra Zhernakova, author of the first study posted in the journal Science, said that diversity in the gut is associated with greater health, Perf Science reported. However, they also found that foods that are high in full-fat, carbs and calories reduced gut biodiversity.

The second gut microbiome study in Science found that loose stools contain some of the most important gut bacteria. They analyzed various stool types and how factors such as diet, disease and medication affect our gut biodiversity. Zhernakova and her colleagues found that taking antibiotics including laxatives, anti-inflammatory drugs and antihistamines could possibly disturb the bacterial diversity in our guts. In both studies, scientists found that diet can influence gut biodiversity.

However, co-author of the two studies, Jeroen Raes said that they are unable to determine what composes a "perfect gut," Washington Post noted. Furthermore, their studies only found associations and no direct cause or consequence. Other factors such as genetics, variation of human gut biodiversity and lifestyle has not been taken account for. It is not advised to binge on dark chocolates or drink red wine excessively. 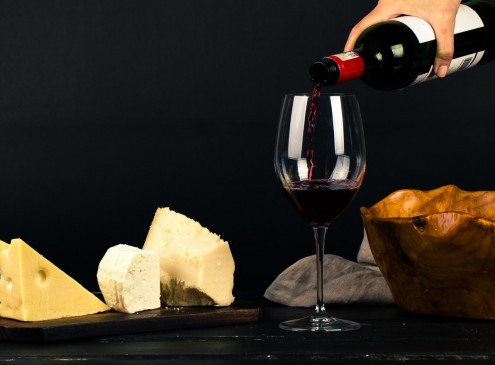 Introduction to Wines [for Students]: Know the Different Types and Be an Instant ...